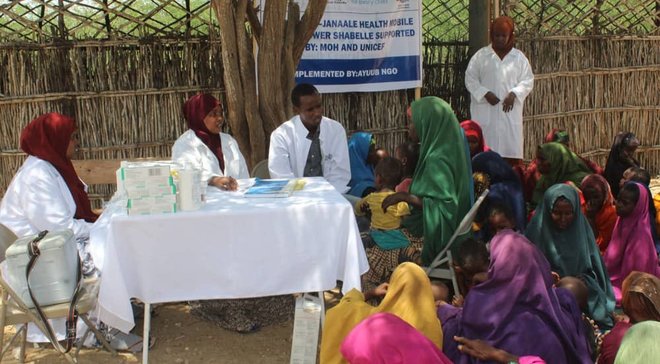 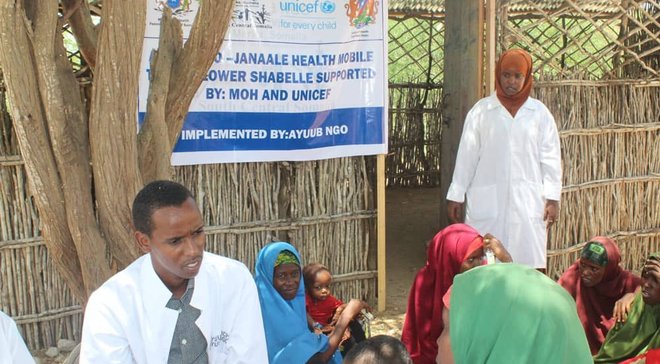 MOGADISHU, Somalia - Dozens of health workers have been dispatched to Janaale town, reports indicate, just a fortnight after its liberation from the Al-Shabaab militants.

For the better part of Monday, the health workers including medical doctors treated residents of the town under heavy security of Somali National Army [SNA], who took no chance to protect residents.

Throughout the exercise, which is set to last for the next couple of days, those who were diagnosed with critical medical conditions were transferred to upscale facilities within Somalia, officials said.

Among others, residents have screened for several diseases among them malaria and even the latest COVID-19, with those needing little care treated and discharged.

SNA troops are in the process of restoring order and civility in the region, which for about a decade, lived under the shadow of the Al-Shabaab militants. The town is located in Lower Shebelle.

Although it was known as "justice" capital for the Al-Qaida linked group, the town also generated income for the Al-Shabaab through the imposition of Zakat, which helped run illegal activities of the group, officials said.

While there have been concerns about the fate of liberated towns, FGS insists that there is a solid strategy that helps residents to build a new life that encompasses civilian rule.

"Once an area is liberated by the SNA, SPF will gradually take over the mandate to keep law and order," said Hassan Ali Khaire, the Somali Prime Minister.

"This will be followed by the establishment of local administrations and the arrival of government and international actors to partner in overall stabilization," he added.

The commander added that the army suffered no casualties. Al-Shabaab, however, has been claiming attacks against the army and AMISOM forces in the town.

The army has been targeting Al-Shabaab hideouts in the Lower Shabelle region in the past few weeks in relentless operations aided by the US warplanes and AMISOM forces on the ground.

Al-Shabaab lost several key areas, while many of its fighters were killed in these operations, but the group still remains strong in the region.

Some of those captured were Mohamed Ibrahim Rooble, who was in charge of tax collection and intelligence services for the Al-Shabaab in Lower Shebelle. Also captured were Hassan Suleyt and Mohamud Yussuf Mansur, both of who were in charge of explosives, SNA added.

To stamp their authority, the group has often dispatched food to residents in their territories and often abducted doctor's even from neighboring Kenya, to offer basic services to the people.

But in the process, residents have lost their youths to the group through forceful recruitment and training, with young girls also taken off as Al-Shabaab brides, intelligence reports indicate.

However, the SNA troops and allied forces have made a significant step towards the elimination of the group, which has since suffered a series of setbacks in central and southern Somalia.