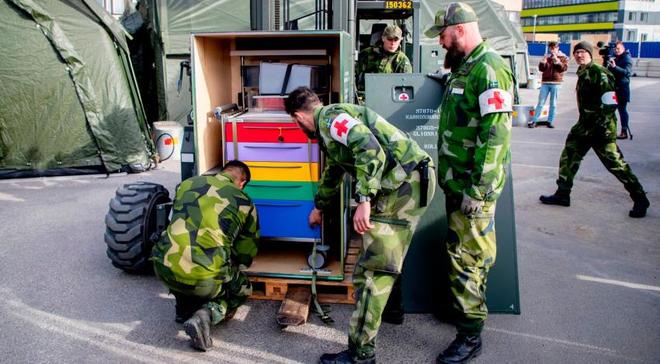 Somali-Swedes have criticized authorities for not doing enough to support the community during the coronavirus pandemic, national broadcaster SVT has reported.

It comes as it was reported that six of the 15 people who have died from the virus in the Scandinavian country come from Stockholm's Somali community.

The Swedish capital has been the hardest hit so far by COVID-19. In response to the deaths, authorities said they will be distributing information about the coronavirus in 15 languages - including Somali and Arabic.

As the coronavirus spreads in Sweden, there are concerns that working-class areas of the country will be the hardest hit.
The virus has been reported in the Jarva area of Stockholm, which includes districts Kista-Rinkeby and Tensta, and around 90 percent of the population coming from an immigrant background.

A local doctor suggested the virus may have spread during Friday prayers at a local mosque, but blamed authorities for not spreading information about how the disease is transmitted earlier.

"When [coronavirus] spread to Sweden, there was not so much information in Somali, and much continued living as usual," Jihan Mohamed, a board member of the Swedish Somali Medical association, told the publication.

"Many live in cramped quarters there. Several generations can live in the same apartment," he added.

One-quarter of the people who have died from coronavirus in the UK have come from Muslim backgrounds, which has been put down to the same factors.

She went on to add that cultural practices may have also inadvertently played a role in spreading the virus.

"In Somali culture, it is important to socialize, support and visit each other, especially if someone is ill."

The national broadcaster SVT started texting their news broadcasts in Arabic, citing "the great need for information due to coronavirus epidemic" and other national media produced material in Arabic and Somali.

A Finnish radio station has also increased services in four foreign languages - including Somali and Arabic due to the deaths in Sweden.

Local media believe that a lack of information in Somali at the beginning of the pandemic may have contributed to the deaths.

With that in mind, neighbouring Finland is taking extra measures to inform all of its population about coronavirus updates.

“To ensure common security, it is important that everyone living in Finland now receives reliable and current information about the coronavirus situation regardless of whether or not they can speak Finnish," said YLE News and Current Affairs head Riikka Raisanen.

The four additional languages are Arabic, Kurdish, Somali and Persian, to reflect the country’s diverse communities.

According to Statistics Finland, at the end of 2018, nearly 392,000 people living in Finland spoke a foreign language as their mother tongue.