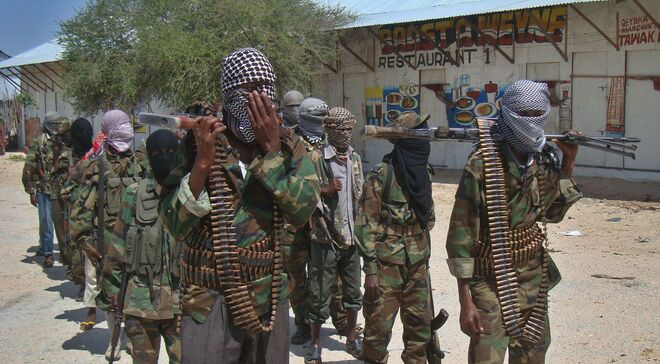 MOGADISHU, Somalia - Efforts to rescue Somalia from prolonged Al-Shabaab menace have continued to bear fruits, following the latest defection of three militants within the Mudug region in the central part of the country, with officials describing the incident as a "big" achievement.

General Abdiaziz Abdullahi Abdi, the commander 21st Division of elite Somali National Army [SNA], said the three militants heeded to persistent calls by the government and willingly surrendered on Saturday to the forces at Hobyo town within Mudug.

The three are said to have been leading operations within the region on behalf of Al-Shabaab, including the planting of explosives and collecting taxes forcefully from locals. The group usually collects taxes in the form of Zakat from locals which they use to run their operations.

According to Gen. Abdi, the government will welcome fighters who are interested in downing their tools adding that there is an amnesty which was issued thus giving room for those interested to surrender to authorities without penalties.

"We are receiving those who are interested in ditching the militants. We're building a strong Somalia so nobody should fear. We have an amnesty window which was put in place and it's through this that we're asking as many to cross over," he said.

Usually, those who surrender are gradually repatriated to society after undergoing assessment. But there are some who join tribal militia that supports the government in the fight against Al-Shabaab militants within Somalia.

In 2014, the federal government of Somalia offered amnesty to fighters who are willing to defect. Since then, hundreds have since joined the government and have successfully helped to thwart the Al-Qaida linked group's activities in the Horn of Africa.

Unlike in the past, the SNA commander did not immediately reveal the names of the three former terrorists. However, it's likely that he omitted the procedure for the safety of the former fighters, who usually face animosity from their former allies.

Early this month, another top Al-Shabaab commander downed tools in Central Somalia, a move which SNA forces said was significant in the fight against terrorism within the war-torn nation.

Gen. Ahmed Mohamed Tredishe, the SNA commander in the region, told reporters that the militant had shown up to authorities in Bulaburde town, where he handed sophisticated weapons to government forces.

Mumin, Gen. Tredishe said, had been leading operations against the government forces in the region and had been identified as one of the most wanted operatives in Somalia for perpetrating crimes against civilians.

“Afrah deserted Al-Shabaab and surrendered to SNA, carrying with him two AK47 assault rifles and several rounds of ammunition which are now in our possession,” he told reporters, adding that, "this is a major win for us in army and Somalis."

The army commander asked Al-Shabaab militants to down their weapons and surrender to authorities for repatriation, adding that the federal government has traditionally helped a number of defectors to settle down and lead normal lives.

“The government will offer pardon to Al-Shabaab fighters who renounce the jihadist ideology, therefore we call on these misled youths to stop violence,” he added, without delving into details on where the defector will be held before being released.

For the last couple of months, government forces with the help of AMISOM and the US Africa Command troops have been leading operations across the country, a move that has successfully led to the liberation of several towns.

Al-Shabaab has lost several strategic areas in central and southern Somalia in the past few years. However, the group can still execute small to large scale sporadic attacks within Somalia and across the borders.