Senior Al-Shabaab elder surrenders in Somalia in a surprise move 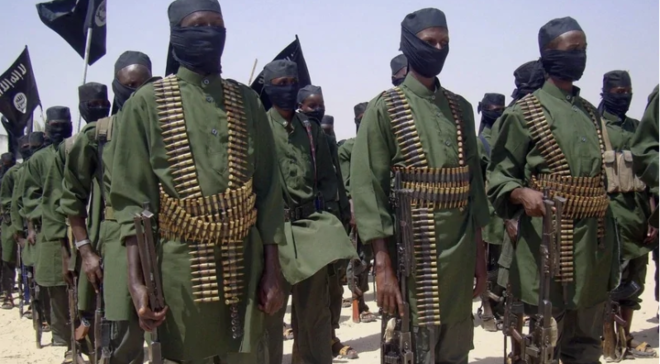 MOGADISHU, Somalia - A top Al-Shabaab sympathizer has surrendered in Jubaland, authorities have said, amid an ongoing crackdown against the Islamist militants.

Ugaas Mohamed Moalim dumped the insurgents on Sunday, dealing a blow to their violent extremism and attacks in the Western state of Somalia, officials said.

Prior to his defection, authorities added, Moalim has been supporting Al-Shabaab activities in Lower Jubba, a region that has borne the brunt of Al-Shabaab raids.

The elderly Al-Shabaab supporter said, "I have been funding the terrorist group in execution of their activities across the country."

He added: "I decided to renounce violence and the extreme ideologies of the group since they are contrary to Islamic teachings."

His defection is seen as a good sign with the authorities hoping other militants will follow suit to restore security in Somalia.

Jubaland has temporarily been used by Al-Shabaab as temporary headquarters with the militants operating from the vicinity of Jilib town.

Since January, the US in coordination with SNA soldiers has conducted sophisticated attacks within the Juba region, killing dozens of militants, AFRICOM said.

Stephen Townsend, the AFRICOM commander, said recently that "Al-Shabaab is a dangerous outfit and we must work as a team to defeat them".

While the team has been drastically degraded, it has often executed sporadic attacks within the capital Mogadishu, with the most recent deadly attack coming in December last year where over 90 people died.

The group has suffered numerous defections lately, with SNA also convicting dozens of members who have been arrested by security forces.

Zubair al-Muhajir, the group's senior Amniyat members, who is also a foreigner, quit the group last year further dealing it with a major blow, VOA reported.

Al-Shabaab is known to use fear and intimidation, forcing some of the citizens across the war-torn nation to support their violent extremism.

To sustain its violent ideologies, the group has been extorting forcefully a tax known as Zakat, besides deploying mafia-style taxation tactics on vibrant businesses.

Since losing Mogadishu to SNA and allied forces, the group has been operating from some selected villages where it's still dominant.