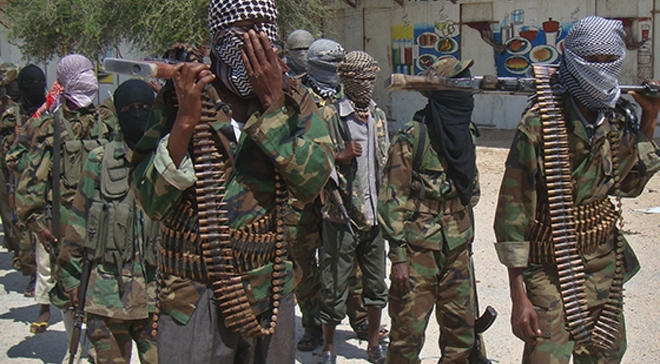 MOGADISHU, Somalia - Another top Al-Shabaab commander surrendered to the Somali National Army [SNA] on Thursday in southern Somalia, state-owned SONNA reported, adding to an ever-growing number of the militants who are renouncing the extremism ideology in Somalia.

Mohamed Abukar Mohamed Dhagole alias Ato defected from the Al-Qaida linked group after almost a decade of fighting and was received in Lower Shebelle by government troops who have been leading operations against Al-Shabaab in the region.

According to SNA troops, the defector was in charge of finances in the Lower Shebelle region, which is one of the areas that Al-Shabaab relies on for revenues, which are usually in form of extortion and illegal taxation, popularly known as Zakat.

Abukar, reports indicate, was also linked to the deadly Amniyat wing of Al-Shabaab, which is in charge of intelligence collection across the country. He was one of the most sought militants in Lower Shebelle, insiders said.

While details about his decision to quit remain scanty, there have been mass defections in recent months, which are mostly informed by the ongoing crackdown against the militants in several parts of southern and central Somalia, which is being conducted by SNA troops.

Also, the group has been struggling with finances hence unable to pay the militants, leading to mass defections. Besides the Zakat, Al-Shabaab also depends on the money generated as ransom from the abduction of several people, mainly professionals from different countries.

Early this year, intelligence reports indicated that the group's deputy leader Mahad Karate had fallen out with Al-Shabaab emir  Ahmed Omar Diriye, and that the two had triggered intensive rebellion from among their respective clans.

Last week, three senior commanders including a Nepalese were killed in Middle Juba, following a crackdown waged by SNA troops. In central Somalia, three other senior militants had defected a fortnight ago, joining government forces.

Once they defect, an agreement signed in 2014 allows the defectors to be repatriated successfully to the community by being helped to find other income-generating activities. After the trust is built, some are even allowed to join government forces.

Lower Shebelle has borne the brunt of SNA raids against Al-Shabaab this year, and the multiple operations have led to the deaths of dozens of Al-Shabaab militants. Janaale, a strategic town in the region, was seized in March by government troops.

Elsewhere, Al-Shabaab militants fired mortars at a Kenya Defense Forces [KDF] base in Abdalla-Birole in Jubaland on Friday, which is about 55 kilometers West of Kismayo, the regional administrative capital of the state.

While details of casualties remain unknown, it's not the first time the militants are targeting an army base within Sectors II and VI of AMISOM jurisdictions. Early this month, attacks at Bilis Qooqani and Dhobley were successfully repulsed by the KDF team.

The militants have also been targeting Ethiopian troops stationed in the neighboring Southwest state through IEDs, but have been also repulsed a couple of times. The ENDF troops are reportedly plotting an assault against the militants in the coming weeks.

Somali National Army is expected to assume security assignments in the war-torn nation from 2021 when African Union Mission troops formally exit Somalia. There are close to 22,000 foreign troops in the country, which has struggled with stability for three decades.