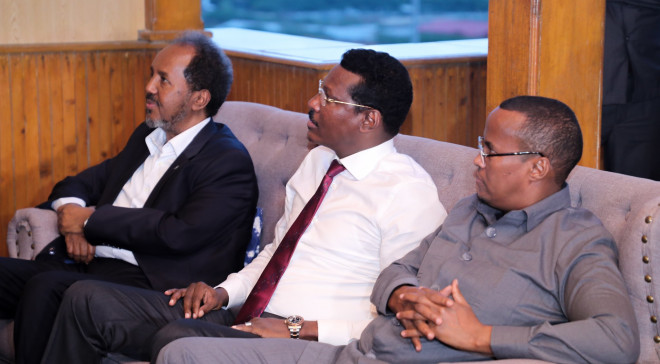 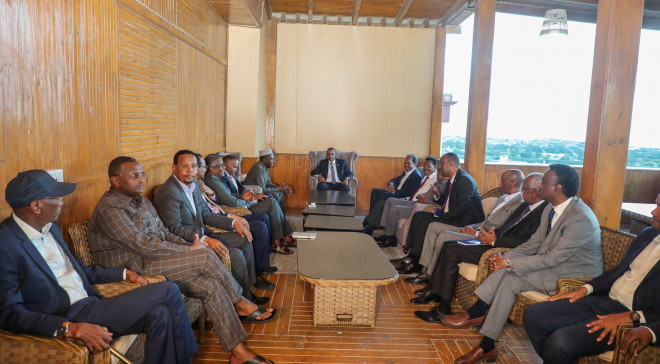 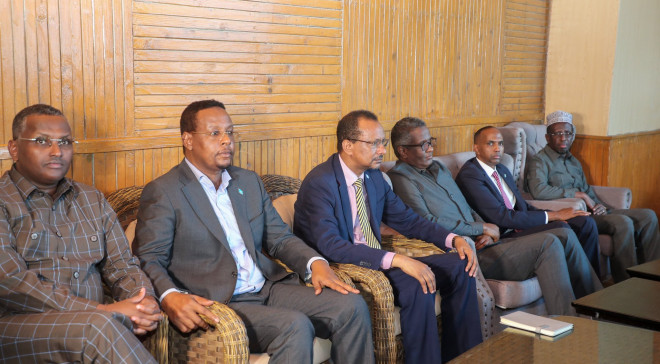 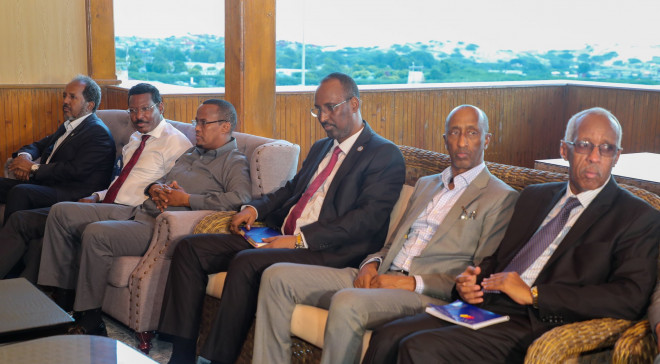 MOGADISHU, Somalia - A group of soldiers who deserted their bases for a battle in Mogadishu will have to return to their respective bases within the next 48 hours, a technical committee formed by Prime Minister Mohamed Hussein Roble has recommended, a move that could determine the next phase of Somali politics.

An unknown number of soldiers stormed the capital, Mogadishu on April 25 leading to a fierce gunfight as most of them took positions around the presidential palace. The troops were opposed to Farmajo's term extension.

In a meeting attended by most opposition presidential candidates, PM Roble, and technical committee members, Deputy Information Minister Abdirahman Yusuf read a host of decisions made by the team, whose mandate was to determine the way forward.

But one of the drastic recommendations was to repatriate soldiers from the streets of Mogadishu, effective from Wednesday [yesterday] within the next 48 hours. Most of these soldiers understandably left their bases in Middle Shabelle.

The privileges of these forces, such as salaries, ranks, and responsibilities, the committee said, will not politicize and that the recent skirmishes should not implicate any of those forces. The government will resolve individually the issues with officers revolving around ranks, salaries, and military rights.

But to strengthen the forces, the government will now reach out to security agents and also solve the security concerns of some politicians, which may have led to the current crisis.

Prime Minister Mohamed Hussein Roble will now issue a decree urging the commanders of the Armed Forces not to get involved in politics and not to issue orders that could lead to security and political unrest.

Also, a committee of military experts to advise the Prime Minister on the reform of the national army should be appointed with immediate effect. The armed forces, the committee urged, "should not be used for political gains".

For smooth transition in the country ahead of elections, the committee asked all parties concerned to refrain from actions and statements that may stimulate violence and hatred. All vehicles and weapons confiscated during the skirmishes should be returned and all prisoners released, it further recommended.

“It is another victory for peace and the people of Somalia that we have resolved the crisis in Mogadishu. We need the support of the people and politicians. The army has no pro-government and opposition but national defenders and lets them return to their bases," Roble, who will implement the recommendations, said.

Earlier, Roble had pledged to hold free and fair elections in the country when he hosted International Community representatives in Mogadishu. The PM had been given the responsibility to implement September 17 pre-election deal, which he insists is the only path to stability in Somalia.