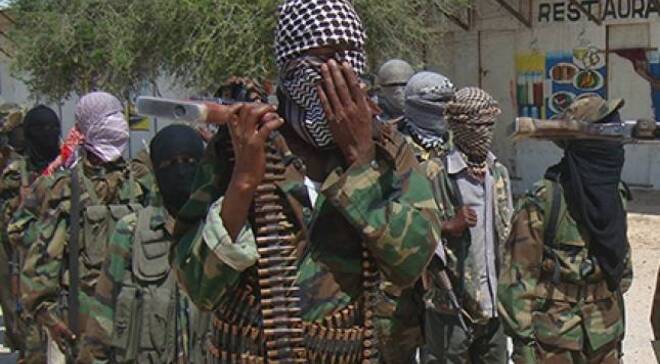 MOGADISHU, Somalia - A contingent of troops from Somali National Army on Monday night repulsed an Al-Shabaab attack in central Somalia, officials said, curbing a possible devastating raid that would have left many soldiers dead.

The militants, officials noted, ambushed Ba'daha military base which hosts the SNA troops near Beledweyne in the Hiran region, central Somalia, triggering a heavy gunfight between the two parties, which lasted for several hours.

Armed to teeth, the militants besieged the base before opening fire randomly, a move that forced the SNA troops to respond, leading to casualties. Both sides suffered losses, reports indicate, but the number is not yet known.

Beledweyne is one of the areas which have been subjected to endless Al-Shabaab attacks despite the heavy presence of SNA troops and those serving under the African Union Mission from neighboring Djibouti.

After the intense fight, the militants escaped to surrounding thickets and operations have since been launched to comb the scene. Djiboutian troops have since taken charge of the with an immediate aim of restoring order.

The attack was the second under 24 hours given that on Sunday night, the militants fired at least seven mortar shells at a Djiboutian army base within the Hiran region, before exchanging fiercely with the peacekeeping troops.

A Helicopter belonging to Djibouti Defense Forces landed in the camp and is believed to have airlifted wounded soldiers for further treatment abroad. It's been a norm for the Somalia-based militants to target military camps.

Last week, the militants tried to run over a Turkish military base in Mogadishu a fortnight ago using a suicide bomber but the attempt was immediately thwarted. One civilian died during the melee.

Despite the increasing attacks, security forces have continued to capture strategic towns within Somalia, with the most recent success being in Lower Jubba where several villages were liberated over the weekend.

The SNA commanders asked locals to continue giving the SNA troops crucial leads during such operations, adding that it's the prerogative of every citizen to ensure the country's security meets international standards, arguing that the militants have run out of ideas.

The FGS said it is committed to eliminating the threat posed by the Al-Shabaab militants, who have been fighting to topple the fragile UN-backed Somalia government, which was first created in 2012 after years of boardroom deals and political consensus.

The militants control large swathes of rural southern and central Somalia, but they have lately lost many battles to security forces, further underlying the fact that the militants have been significantly degraded due to ongoing operations.