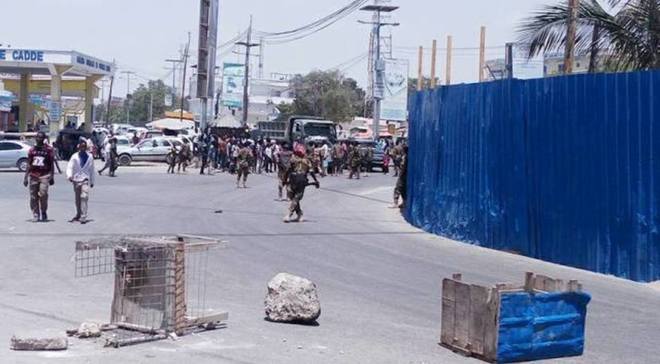 Dozens of soldiers in battle wagons where reported have blocked nearby streets before seizing the headquarters of Defense Ministry, according to military sources.

It had been reported that the Mutinous soldiers were protesting about delay in the payment of government wages as well as poor working conditions.

Last March, military forces blocked main roads in Mogadishu, in protest to lack of payments for over 15 months mostly during the past Federal government led by former President Hasan Shaikh Mahmoud.

But the new Somali government led by President Mohamed Abdullahi Farmajo who was elected in last February, has promised the security forces to regularly pay the salaries and improve their working conditions to boost morale to defeat al-Qaida-linked al-Shabaab terror group.