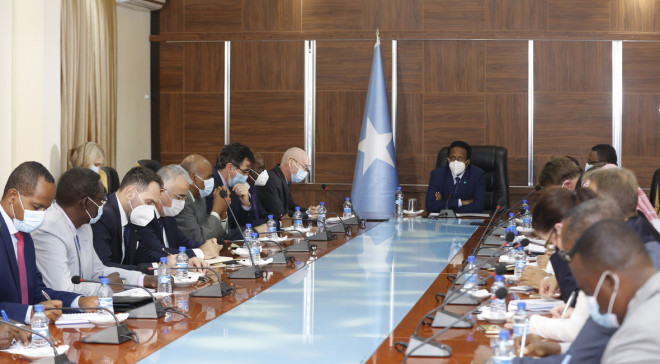 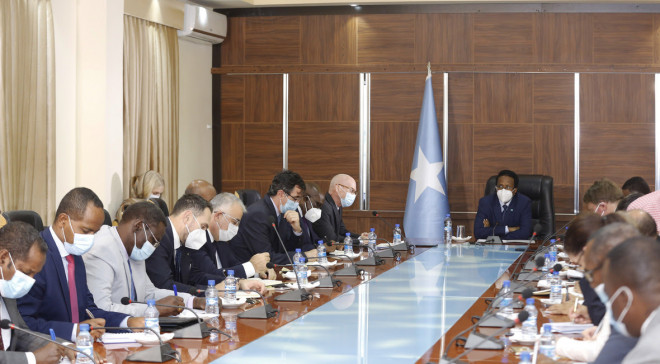 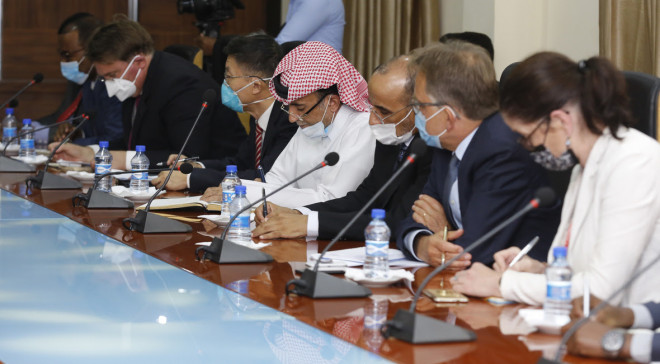 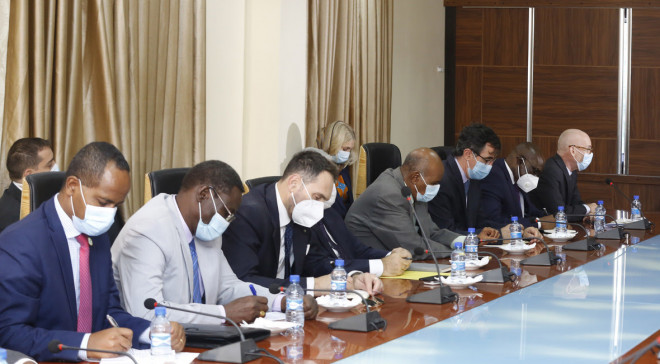 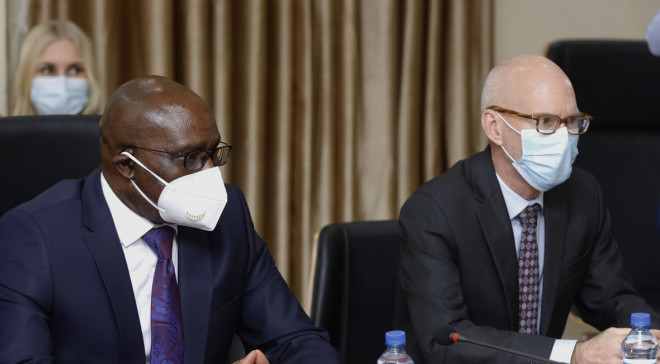 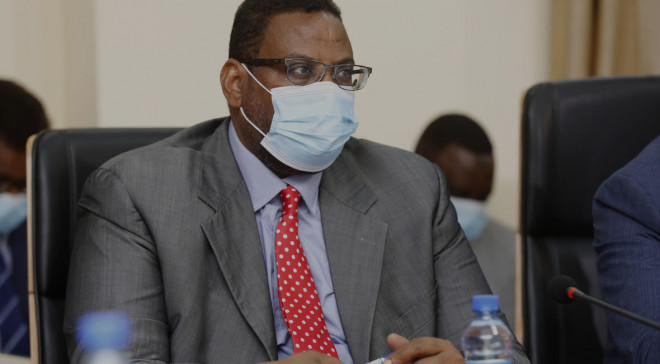 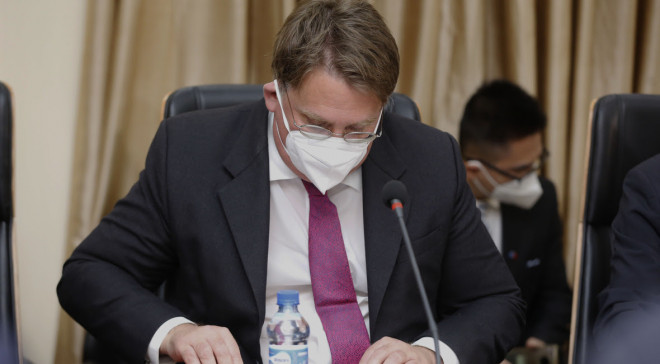 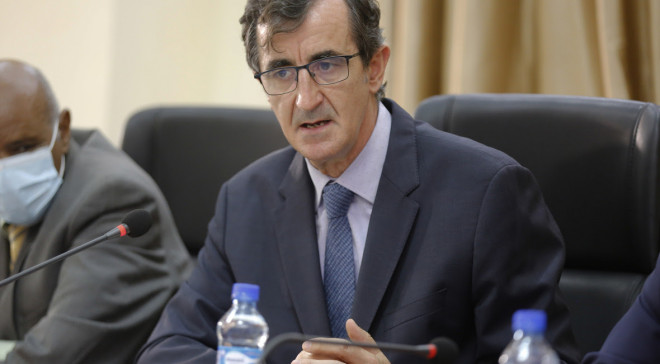 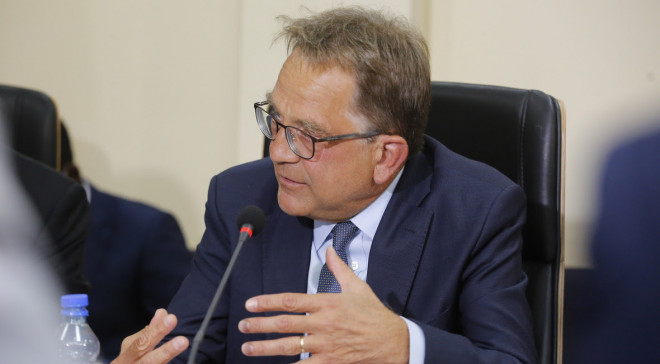 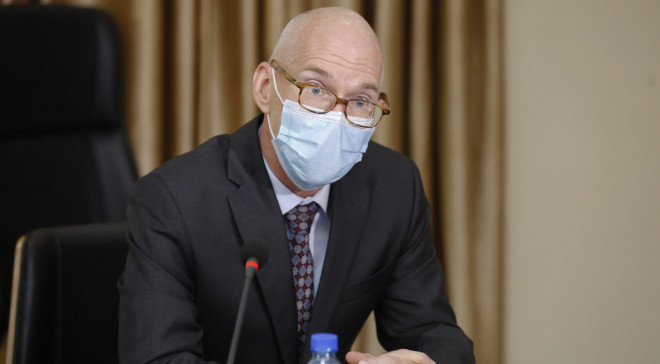 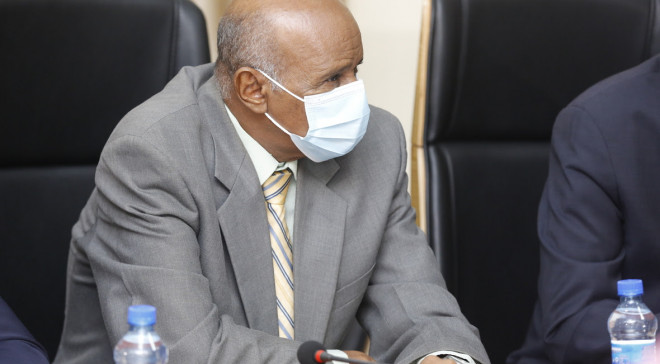 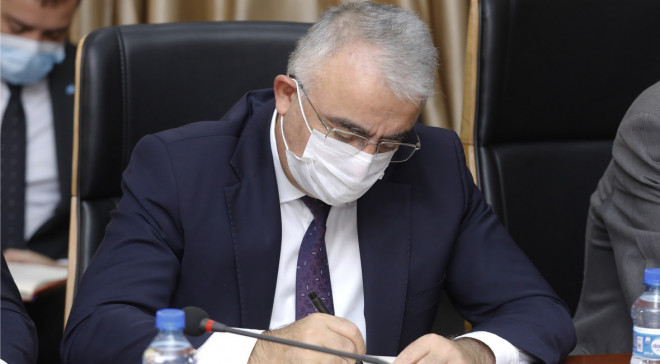 MOGADISHU, Somalia - Somali President Mohamed Abdullahi Farmajo has called for a crucial meeting between his government and leaders of the Federal States to discuss key issues ahead of the elections.

The president made the announcement after talks at Villa Somalia on Saturday with the representatives of the country’s International partners who pushed for inclusive dialogue to resolve the pre-poll crisis.

Farmajo said in a statement that he will travel to the central town of Dhusamareb this week to hold the meeting scheduled for February 1 to 3 to bring an end to the deadlock over the electoral process in Somalia.

After returning from the talks with FMS leaders, the incumbent will address the two houses of the Federal parliament in Mogadishu to brief the MPs about the electoral process and existing challenges.

“As part of our efforts on the Sept. 17 elections agreement, I will have a 3 days consultative forum with FMS Leadership in Samareeb from 1st to 3rd Feb 2021. On 5th Feb, I will address the two Houses of Federal Parliament on our national progress especially on Federal elections,” Farmajo tweeted.

This is the second time in six months that the president announces to convene a consultative meeting with Federal States leaders to find a solution to the rift following Int'l partners' pressure.

The summit comes as the Horn of African nation has missed two deadlines set for the parliamentary elections in October and December while presidential polls feared not to take place on 8 February 2021.

The president whose 4-year-term ending in 10 days has accepted to convene the meeting after facing mounting pressure from the international community to bring national and regional leaders together to reach a consensus on the 2020/21 election.

The biggest contentious issues over the polls include the electoral committee which opposition candidates said was packed with spy agents, civil servants, and Farmao cronies as well as pulling SNA out of Gedo.

On Friday, in a statement, the international community called for a single agreed electoral process – without parallel or partial alternatives as they welcomed Puntland and Jubaland's move to appoint their members to the State-level poll body.

Somalia is still practicing a clan-based political structure [4.5] and has held its latest Parliamentary and presidential elections that took place in late 2016 and early 2017 through a system of indirect suffrage.