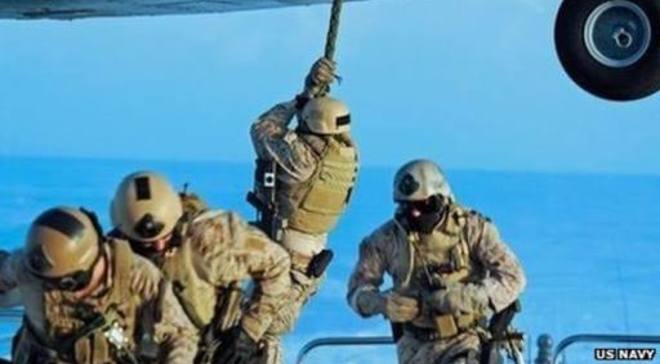 A local resident revealed to GO, that the allied forces have encountered a heavy resistance, which led to hours-long gunfight around the rebel-held Toratorow town, 120 km west of Somali capital, Mogadishu.

Witnesses told GO that U.S. military used helicopters in the raid and dropped Somalia's newly US-trained "Danab" soldiers on the outskirts of the town to hunt for the militants on foot.

In another incident, Al shabaab terror group has beheaded two traditional elders at militant stronghold near Bardale town in Bay province of southern Somalia on Sunday.

The Police chief of Bardale Mohamed Isack, has confirmed to the media that the elders have been abducted from their houses last week and found dead later on Sunday outside the city.

Mr. Isack has blamed Al shabaab for the kidnapping and beheadings of the two elders. He said they don't know yet the exact motive behind the brutal murder of the Somali elders.