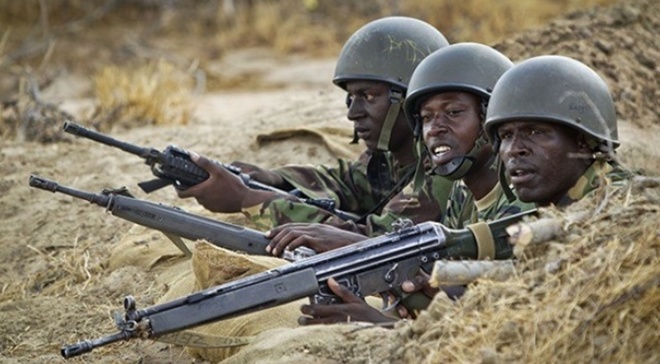 According to Osman Nuh Haji, deputy Governor of Gedo region, said that 3 Kenyan soldiers were killed during fighting between KDF and Al Shabaab fighters in Nus-darig area, located 90 km away from Beled-Hawo in Gedo region.

KDF also carried out air and ground strikes to clear out militants from Dhamase district located near the Somali-Kenyan border, which followed by heavy exchange of gunfire between the sides, added resident.

The airstrikes were reported to inflict heavy losses against the militants including deaths and injury of many Al Shabaab fighters, said Haji. However, residents have confirmed that at least 6 militants were killed in the offensive.

But so far, neither Kenyan government nor Al Shabaab group has released any statement to the fresh confrontation in southern Somalia.

This coincides with recent travel warning issued by the U.S. warning its citizens from traveling to Somalia or Kenya, as Al Qaida linked Al Shabaab group still poses a security threats in the region.