​Somalia: A lawmaker dies at hospital in the capital Mogadishu 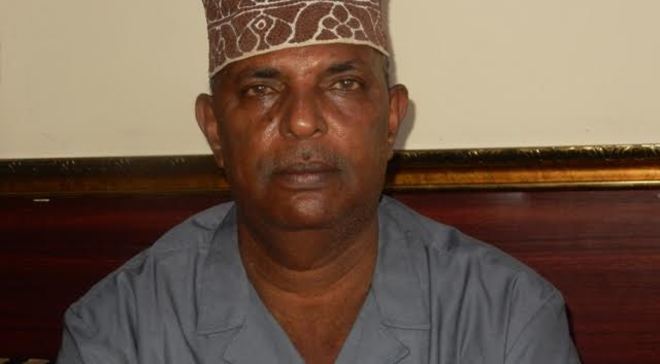 "Late lawmaker who was elected from Somaliland community has passed away last night at Digfeer hospital, while receiving medical treatment for about a month," said Abdi.

Geedi served as an army General during the past military regime led by Mohamed Siad Barre, before joining The Federal Parliament in 2012, and retained his seat last December after wining the election.

Geedi missed the presidential ballot in Mogadishu in February 8, as the other MPs casted votes to elect Abdullahi Farmajo as the 9th President of the Federal Republic of Somalia, replacing former President Hassan Sheikh Mohamoud.

The body of the departed Somali lawmaker is set to be laid to rest in a state funeral at a cemetery in Mogadishu on Monday, according to sources at the Parliament leadership.