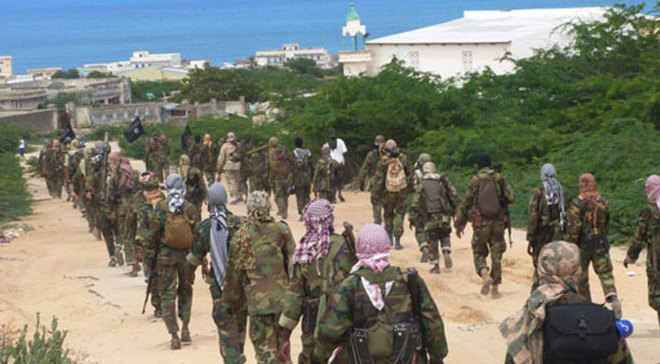 The officials spoke on condition of anonymity because they were not authorized to speak to the press about the matter.

During the minutes-long battle, both sides were reported to have used heavy artillery and machine guns. The exchange of the "gunfire" woke up local residents from their sleep.

Al Shabaab said it has taken briefly the control Golweyn, a claim that the regional officials and AMISOM commanders have strongly denied as "baseless and propaganda statement".

The number of the casualties on the warring sides and the civilians remained unclear, but, reports said the situation has returned to normal after the militants were repulsed by the AU troops.

Golweyn, which is strategic area on the main highway that links Shalanbod to Bulo Mareer, serves as an important route for AMISOM forces to transport their supplies between Mogadishu and Barawe.

Early this Month, Al-Shabaab attacked an African Union convoy with Ugandan soldiers along the same route, killing at least 12 peacekeepers, whose dead bodies were flown to their country for burial.

The Islamist militants, fighting to overthrow the Western-backed Federal government in Mogadishu, have often launched attacks on Somali and their AMISOM allies after losing large swathes of territory.