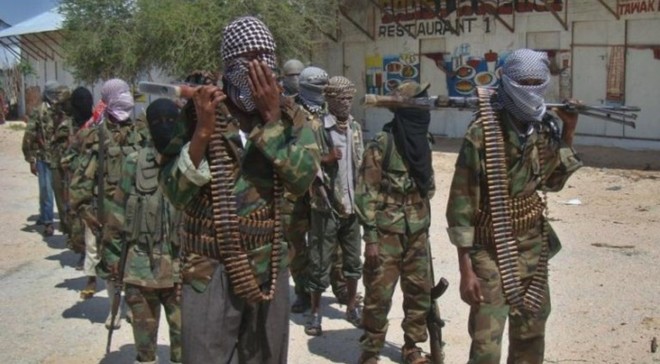 Col Abdi Hassan, a senior army commander in the region, told local media that Al Shabaab fighters have overpowered government troops in Warmahan and Tihisiile near Wanlaweyn after fierce clashes.

Somali government forces have retreated to Wanlaweyn town before Al Shabaab moved into the two districts and seized the Police stations and the administrative headquarters, according to the officer.

At least six soldiers, including two commanders from the Somali National Army (SNA) are feared dead, after their vehicle was hit by a roadside bomb near Warmahan town in Lower Shabelle region on Sunday.

In a statement posted on its affiliated websites, the militants said they used a remote controlled landmine to attack SNA soldiers convoy during the battle to retake Warmahan & Tihisiile towns.

Sources said the commander of the sixth division of the Somali armed forces Mohamed Hassan Bakay was among those killed in the IED attack near Warmahan.

The commander was traveling in convoy to reinforce military camps in Tihsile and Warmahan, but came under attack by Al Shabaab.

The Al Qaida-linked Al Shabaab group claimed seizing battle-wagons and ammunition from the military bases in Warmahan and Tihisiile after the SNA forces withdrawal.

The militants are fighting government forces and allied African Union troops in central and southern regions of Somalia in a bid to topple the western-backed Somali Federal government in Mogadishu.