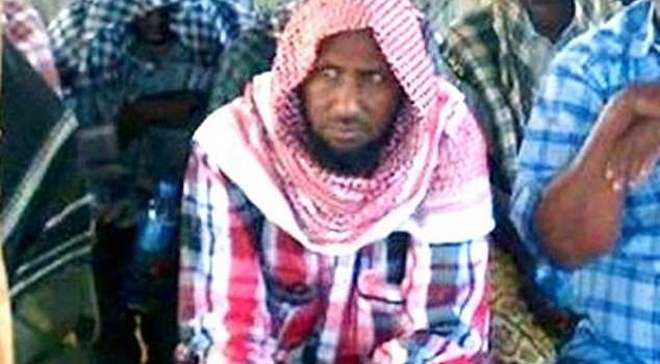 The Al-Qaida associated insurgents have been battling internal rebellion for years now, which has threatened imminent fallout given massive defections that have been witnessed in recent months.

In a tweet on Sunday, NISA said the Al-Shabaab leader assumed the task of leading Mogadishu's intelligence, with the capital said to be slowly plunging into their chaotic dominance.

However, Fahad Yasin-led NISA did not divulge to finer details over the latest development within the Al-Shabaab, which has lost grip of remote villages due to frequent US airstrikes.

"The Al-Shabaab leader Ahmed Omar Diriye has taken over Amniyat leadership in Mogadishu. He will be in charge of intelligence," read the tweet from NISA, an agency which has also battled claims of incompetence.

The agency added: "He takes over from Muse Moalim, who was killed in Saakow by his fellow militants as wrangles continue to escalate within the Al-Shabaab group."

Amniyat is the deadly Al-Shabaab wing which collects and shares intelligence besides detonating explosives in "strategic" regions. The group comprises of highly learned individuals, who are often ready to die.

Moalim, who had been in charge of the Banadir region, quit from his duties early this month over what sources referred to as "irreconcilable differences" with his boss, Mr. Ahmed Omar Diriye.

But shortly after his shocking exit, he was murdered by the militants in Saakow town, which strongly falls under the control of the insurgents, NISA had revealed in a tweet last week.

His exit was reportedly engineered by the expulsion of Mahad Karate and Bashir Qorgab from the group last month. The two top commanders parted ways with Al-Shabaab over differences in escalating civilian deaths in their attacks.

While Karate and Bashir Qorgab rooted for reduced attacks in Mogadishu, Omar is said to have been angered by their stand, leading to their unprecedented ex-communication. However, Al-Shabaab accused them of "killing civilians" in a statement released after their exit.

Coincidentally, Bashir would also succumb to US airstrike in Saakow, not far from where Moalim was killed on Feb 22. according to a statement released by Gen. Stephen Townsend of AFRICOM.

In a statement, AFRICOM said he was "mastermind of Manda Airfield attack which left three of our countrymen dead in Kenya. He deserved to die. His wife was also killed."

A report by a section of businessmen frequenting Mogadishu claimed that the capital is slowly plunging back to Al-Shabaab hostage, with the militants said to be collecting taxes from many businesses in the city.

This, they added, has made it impossible to transact businesses, also arguing that "it's difficult to tell who is Al-Shabaab and who not since even some NISA officials are accomplices".

Abdirahman Baileh Duale, Somalia's finance minister, admitted recently that "it's true they are collecting taxes, this is a problem we are keen to tackle and win" during his meeting with IMF.

Mr. Ahmed has been on the run since 2015 after taking over from Ahmed Godan, who was killed in a US airstrike. He first appeared on a pre-recorded video in September last year's day to foiled attack at Ballidogle army base.

In his statement, he accused the US of "killing our innocent civilians" and warned that "we cannot rest until we flush them out of our Muslim lands in future".

During his appearance at House Armed Forces committee, Townsend admitted that Al-Shabaab is a threat in East Africa "thus our frequent airstrikes" to neutralize them.