Somalia: Al-Shabaab releases a new video of its leader, warns US of impending defeat 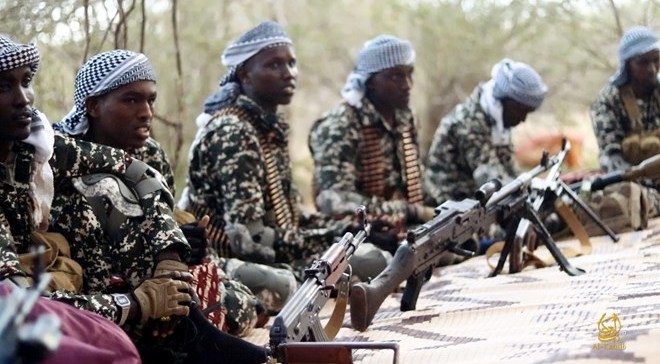 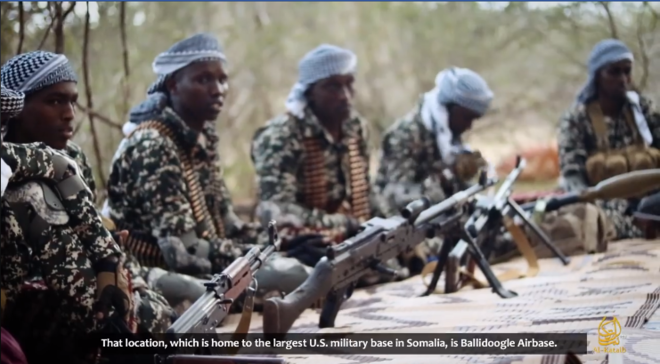 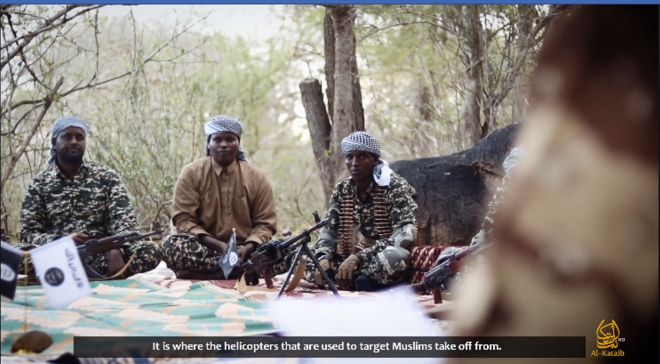 MOGADISHU, Somalia - The Al-Qaida-linked extremist group, Al-Shabaab have for the first time released a video of its leader Ahmed Omar Abu Ubaidah, firing warning to the United States and her associates in Somalia, Garowe Online reports.

The 52-minute video starts by highlighting atrocities committed by the US and allied forces in Somalia. Several 'victims' of the alleged US attacks are paraded for the interview.

Airstrikes targeting civilians, alleged rape and destruction of infrastructure in Somalia are among grievances put forth by the terrorist group.

In the video, the commentator decries death inflicted on innocent children and women, condemning the US of supporting military activities in the Horn of Africa region.

"The US has waged a war on us. They are killing our people through airstrikes, butchering innocent children and destroying our infrastructure," the commentator is heard saying.

"We shall resist these colonization tactics and liberate Somalia from the enemies. They were defeated in Afghanistan and it's possible they can be beaten here."

The militants cited the US as a major 'impedance' to peace and stability in Somalia, calling for the withdrawal of the soldiers with immediate effect.

Further, they argued, the US should stop bombardment targeting civilians, withdraw training of Somali soldiers and freeze support for AMISOM.

"We demand that these soldiers are withdrawn, drone attacks stopped and training of Somali Army suspended by the US," the militants said in the latest direct address to the US.

As part of alternative, Al-Shabaab insists that they are the best choice to instill peace, stability, and cohesiveness in Somalia, dismissing other groups as 'nonstarters'.

For almost 15 minutes, Al-Shabaab leader, who took over from Ahmed Godan, is partially seen preparing the militants for an onslaught against American soldiers

In his address, Omar, who is under US surveillance, identified Ballidogle military base as the 'headquarters of the onslaught against Muslims'.

The video is presumed to have been captured moments to foiled attack at Ballidogle military base, where the US trains SNA. Omar is heard encouraging the militants to run over the base.

“Our biggest target today is the Americans, not the apostates,” he says. “The only reason we have exerted all this effort and undertaken all this preparation today is to attack the American troops.  Therefore you must carry out the operation with great efficiency.”

The US has placed $6 million bounties on Omar. At least 11 militants were killed during the foiled attack at Ballidogle on September 30th. The US condemned the attack.

"We commend the Somali security forces who repelled the attack against the Somali National Army (SNA) Base in Baledogle, Lower Shabelle region," a statement from the US embassy read.

Leading a rather weakened Al-Shabaab, Omar has been on the run for four years. The militants were keen to conceal his identity in the latest video. He condemned 'incursion' of Ethiopia, Kenya, Uganda and Djibouti in Somalia.

In September, the Al-Shabaab commander fired warning to the US and her allies in 20-minute audio. Interestingly, he addressed the Indian Ocean maritime dispute between Kenya and Somalia.

"We are informing our Muslim nation that the Mujahideen will never accept, and are against any decision made by the so-called International Criminal Court," said Omar.

"We tell the world that we don't compromise on our oceans and we need our society to be aware that Kenya has already engulfed a large swathe of our territory before aiming for the maritime claim."

Tuesday's video comes barely a week after the US released counterterrorism report for 2018, where Al-Shabaab was ranked as the biggest threat to stability in East Africa.

As part of the recommendation, the State Department said, the US will continue to equip her allies in the fight against Al-Shabaab, adding that the group will soon be degraded.