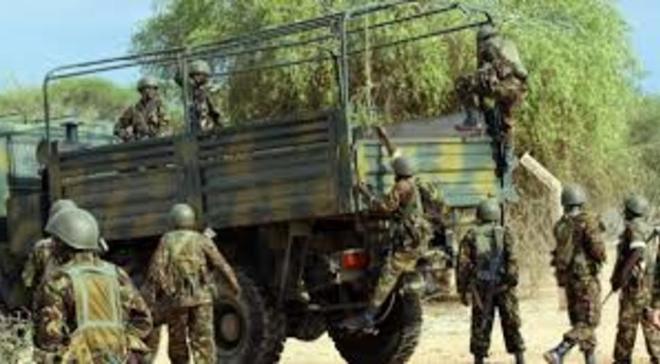 The reason for the withdrawal was not clear, however, AMISOM officials were not immediately available for comment on the fall of town to the militant group.

This is the 4th town to be retaken by Al Shabaab in this month, a town being under the control of Somali government and AMISOM for nearly two years. AMISOM troops are expected to pull out from Wajid, Eel Bur and Bardeere in Bakol, Galgudud and Gedo regions respectively.

Resident reported that helicopters have airlifted Somalia government officials and foreign military trainees from Tayeglow and Wajid to Baydabo town in Hiiran region.

Early this week, Al Qaeda linked Al Shabaab group regained control of Halgan town in Hiiraan region in central Somalia after it was abandoned by African Union forces, whereas local residents fear reprisals at the hands of the militants.

The sudden withdrawal of Ethiopian troops comes amid the preparation to hold parliamentary and presidential elections in Somalia and scheduled to end in November 30.

The militant group has vowed to disrupt the process and since it had carried frequent attacks against Somali troops and allied forces in Southern Somalia.