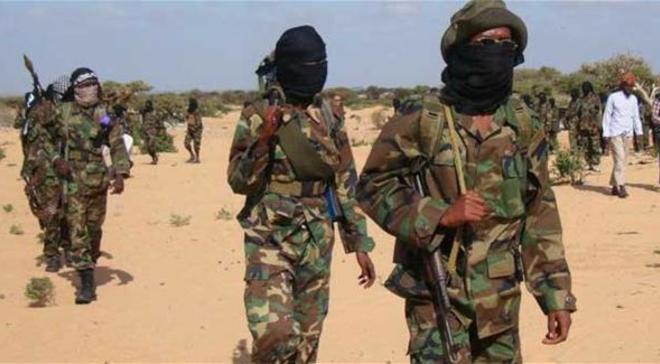 Dhaqane Qasim Amin, a prominent traditional elder and a vocal opponent of Al-Shabab ideology was murdered after militants stormed his house in the border town, according to the local authorities.

The attack occurred shortly after the late elder has returned home from a trip to capital, Mogadishu and nearby Dolow town. The attackers have reportedly abducted two of Amin's sons.

The government has not yet commented on the attack.

Beheadings are not uncommon in Somalia, where the extremists carry them out on people who are believed to be enemies or collaborating with the Somali government and to terrorize local populations.

The Security analysts said the latest tragic incident in the border city is adding to growing concerns the Islamic militant group has taken up a bloody new strategy in the long-chaotic Horn of Africa country.

In a separate incident, gunmen killed two employees working for Hormuud Telecom in Mogadishu's Bakara market on Wednesday, the latest in series of killings targeting the staff of the privately held telecommunications firm based in the capital.

There was no immediate claim of responsibility for the murder against the two men who were gunned down while heading to a mosque on Wednesday noon.