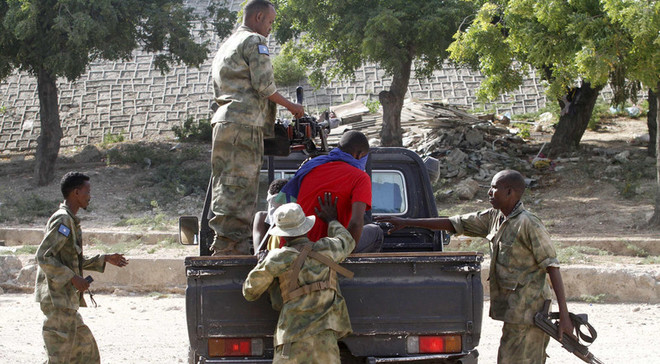 The battle erupted after heavily armed militants ambushed an army base in the town on Thursday morning; sparking fighting that lasted several hours.

"Somalia National Army killed a senior terrorist in Qoryoley town and wounded several others during the fighting," said Mohamed Abdi, a military officer in the area, adding "We are safe and there are no casualties on our side."

About 40 militant fighters took part in the attack on the army barrack, he said. However, there was no immediate comment from the terrorist group on the SNA claims.

Independence sources told Garowe Online that the gunfight inflicted casualties on Somali army soldiers, but, the number of the fatalities has not yet been confirmed.

The town has been under frequent attacks from Al-Shabab since it fell to Somali and African Union forces in 2014 due to the presence of the militants in the surrounding rural areas.

The Somali security forces backed by African Union peacekeeping forces [AMISOM] have ramped up security operations to flush out al-Shabab fighters from the volatile region near Mogadishu, the Somali capital.

The al-Qaida-linked militant group has lost control of several small towns in the Horn of Africa nation, including Mogadishu, but still manages to stage assaults on military bases and government facilities, including AU bases.