Somalia arrests 12 over gang rape and murder of student 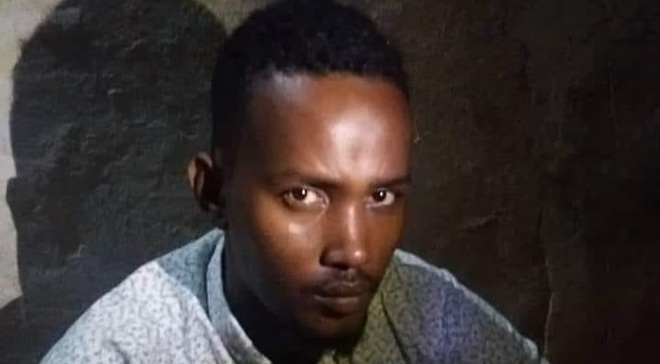 MOGADISHU, Somalia - At least 12 people have been arrested in connection to the rape and murder of a 19-year-old girl in Somalia, police said in a statement, following growing International pressure over increasing cases of rape and torture targeting women and girls in the Horn of Africa nation.

Hamadi Mohamed Farah was gang-raped by a group of unknown men on Friday within Mogadishu before being thrown from the 6th floor of a building, police reports indicated. The circumstances behind the incident are still mysterious and police have been working around the clock to have culprits arrested.

Zakia Hussein, the Deputy Police Commissioner, announced the arrest of a top suspect on Wednesday, and the recent development could perhaps unlock the impasse surrounding the death of the student, who died on spot after being thrown from the building.

The police boss took on her Twitter to announce the arrest of one Mohamed Ibrahim Osman, 24, who is believed to have a hand in the gang rape. The suspect was arrested in Adado, central Somalia, she said, adding that a total of 12 people have so far been arrested.

"Mohamed Ibrahim Osman, 24, arrested in Adado, central Somalia on suspicion of complicity in the gang-rape and murder of a 19-year-old student Hamadi Mohamed Farah in Mogadishu last Friday night," the police boss, who has been keenly following the case, said on Wednesday.

"He was trying to escape justice. Now, 12 in jail for the heinous act," added Ms. Hussein, who is one of the few women serving in top government offices, and who has been keenly monitoring gender-based violence besides pushing for prosecution in the Horn of Africa nation.

It is clear that Mohamed Ibrahim Osman was trying to escape the justice in Mogadishu and traveling through Galmadug state to northern regions. Police are yet to issue reports on accounts that led to his arrest but sources say that those in police custody could have given the crucial leads to the officers.

In a statement on Tuesday, police said that 11 people had been arrested in Mogadishu in connection to the incident. So far, police are yet to reveal their identities but sources say police had made "huge" progress in the case which has elicited sharp reactions from members of the international community.

For the better part of the weekend, various human rights groups organized peaceful demonstrations in the capital Mogadishu and called for swift arrests and prosecution of perpetrators. The groups condemned the government over what they termed as "lack of better laws to enhance proper prosecution".

Cases of rape in Somalia have been on a steady rise but a number of them go unnoticed due to a dysfunctional judicial system. Most of these cases end up being solved at the village levels where elders, who have a strong influence, end up helping in coming with negotiated-amnesty, which is not after all popular.