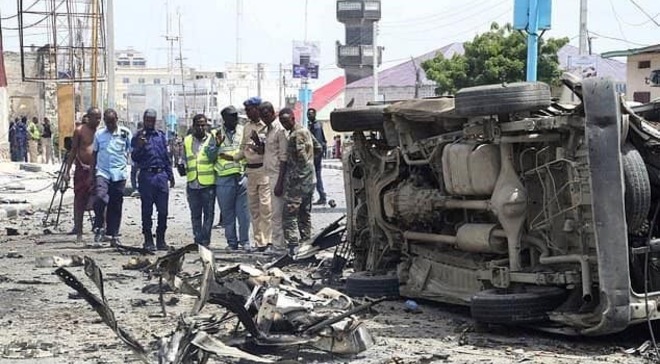 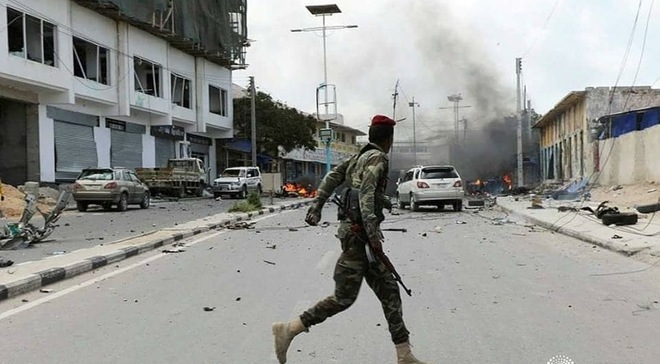 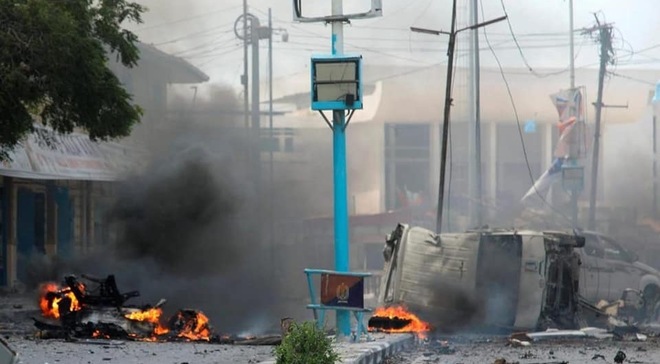 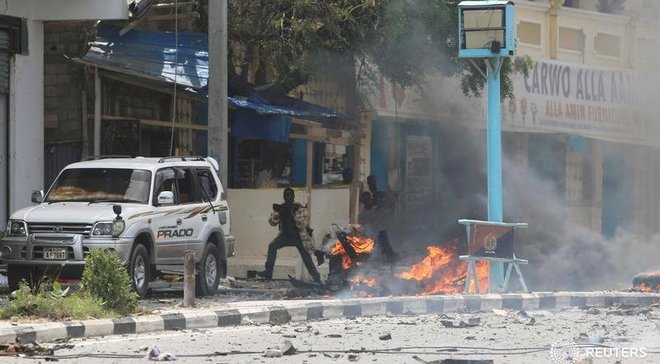 MOGADISHU, Somalia – At least 13 people are confirmed dead and more than 21 others wounded in twin blasts in the Somali capital, Mogadishu on Saturday, Garowe Online reports.

Saturday’s attack began with a huge car bomb at the main security checkpoint at the entrance of a main government building near the parliament HQ in the seaside city and followed by heavy gunfire.

The Al-Qaeda-linked Militant group Al-Shabaab claimed responsibility for the deadly attack, saying its fighters stormed the Otto-Otto compound, which houses both the ministries of Interior and Security.

A number of Staff members and soldiers are among those killed in the attack on Somalia's interior ministry in the capital, which has been relatively calm in the past two months due to high-security measures.

The wounded victims, most of them civilians have been admitted to hospitals, some with critical conditions.

Somalia's minister of Information, Dahir Mohamud Gelleh said the security forces killed all attackers entered the building after hours-long gunfight inside and ended the deadly siege on the ministry which showed that Al-Shabaab threat is still active.

Sources said the Al-Shabaab attackers riding in two luxury cars have dressed in army uniforms and passed through several checkpoints in the city using identity cards from the country’s security and Interior ministries to gain access to the building.

Al-Shabaab was driven out of the capital 2011 by Somali and AU troops, but, since then the extremist group has been staging deadly bombings and frequent assassinations in its bid to topple the Western-backed weak government.