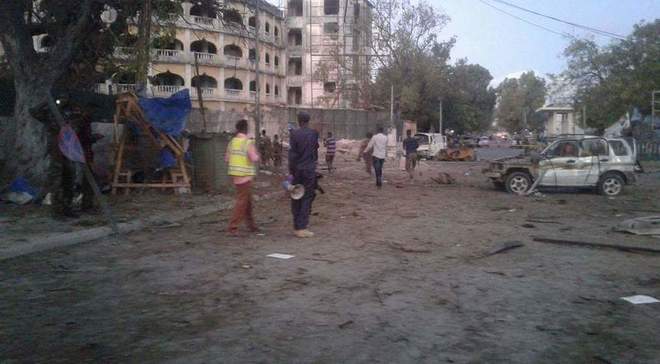 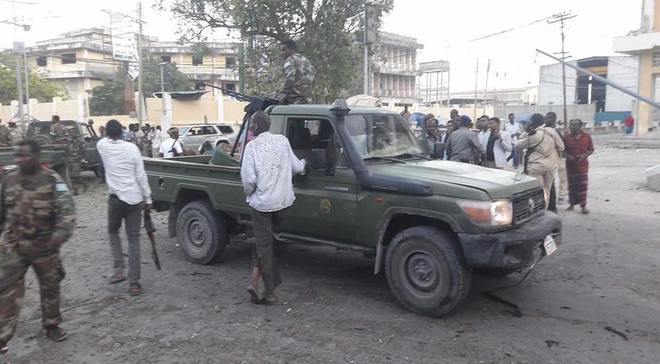 MOGADISHU, Somalia- At least ten people were killed, and more than 12 others wounded in a huge car bomb explosion at a security checkpoint in Mogadishu on Tuesday afternoon, Garowe Online reports.

Capt. Mohamed Osman, a Somali Police officer at the scene confirmed to GO that a car packed with explosives was detonated at a busy security checkpoint near the National Theatre in Mogadishu.

At least four civilians and other soldiers were among the dead. In the aftermath of the attack, Police cordoned off the scene, and began an investigation into the incident, Osman said.

"A seeping vehicle packed with explosives exploded at the security checking near the second gate of the Presidential Palace in a rush hour, and Police searching public cars," said a witness Liban Abdi Jama.

No group has yet claimed credit for the car bomb in Mogadishu, however it happens hours After the Somali Prime Minister Hassan Ali Kheyre unveiled his new cabinet, consisting of 52 minister, and a deputy PM.