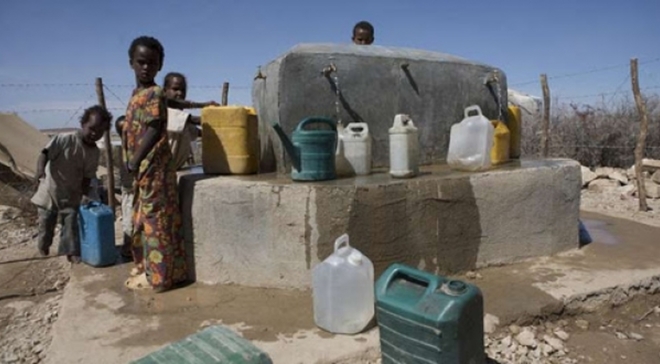 BAIDOA, Somalia- Over 32 people died and dozens have been taken to the hospital after drinking poisonous water from a well in a rural village near Baidoa town on Monday, Garowe Online reports.

Several high-ranking officials from Southwest state arrived  at the well located in Masubiyow, a locality with thousands of families,  40 km away from Baidoa town, the regional capital of Bay region.

The ministry of health for Southwest state has confirmed the deaths of the people to GO over the phone, saying at least twelve children were among those who died after drinking the poisoned water.

The health ministry, however did not immediately clear how the water that led to the deaths of 32 people got poisoned, including whether anyone or any group might be responsible.

The officials say they are probing into the issue and will find out who was responsible for the water poisoning. The area has been a battle ground between Southwest troops and Al Shabaab militants.

Amran Mohamed, a mother of four in the area said her two children are among those dead after drinking the water in Masubiyow village located between Baidoa and Deynunay towns in Bay region.

Since the collapse of former military regime in 1991, the access to quality drinking water had been a big problem in parts of Somalia, a country that was beset by over two decades of conflict and civil war.