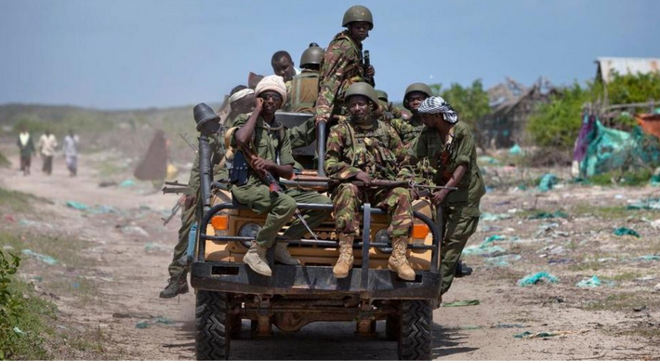 "There was a loud explosion in the town on Wednesday morning, targeted AMISOM convoy crossing a river bridge at Koshin neighborhood in Beledweyne town," said a police office who spoke on a condition of anonymity.

No causalities were reported, however, he added that authorities have reached the scene and launched an investigation into the incident.

In a separate incident, a second bomb exploded near an army checkpoint at Tihsile area located in the outskirts of Afgoye town, located 30 kilometers  south-west of the capital Mogadishu on Wednesday,.

The bomb has ripped through the checkpoint manned by Somali soldiers, and left at least two soldiers dead and wounded five others who were taken to Wanlaweyn town, where they are receiving medical treatment.

No group has yet claimed credit for the two separate attacks, but Police said the attack in the capital bore the hallmarks of the Al Shabaab militant group.