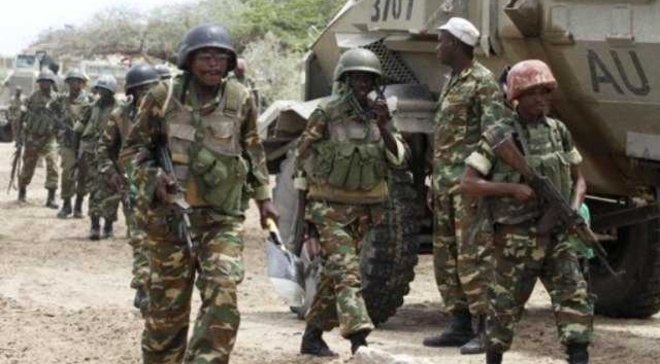 “We in full control of large parts in the town, especially we stationed our troops on Al Shabaab command posts and we expect our friends on the other side to make final thrust into the remaining part,” said Adan in blow to Al Qaeda affiliated Al Shabaab group.

On Tuesday, fierce clashes flared up in Jungal, 25km from Bardera, leading to undisclosed number of casualties.

Areas where the deadly clashes occurred have reportedly come under heavy bombardment by fighter jets.

Bardera which is 284km off Mogadishu has been under the control of militants for seven years.

The fall of Bardera coincides with a gathering by senior Al Shabaab officials and ideologues in Middle Jubba region town, Jilib.

Sources close to the meeting tell Garowe Online that terror officials are weighing options over merger with the Islamic State of Iraq and Levant (ISIL).