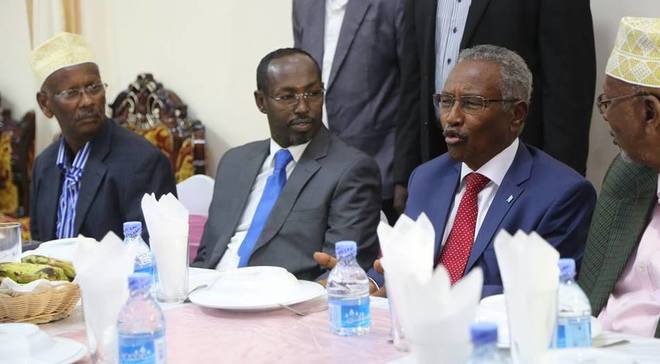 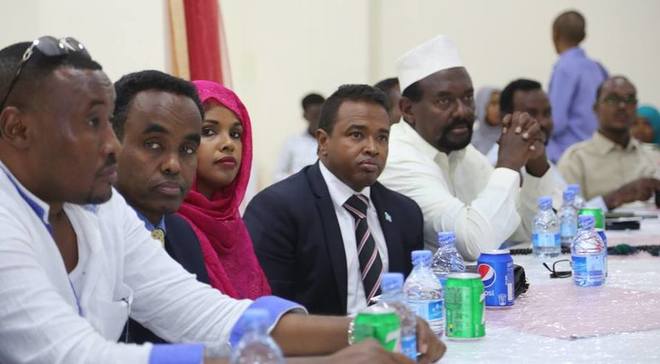 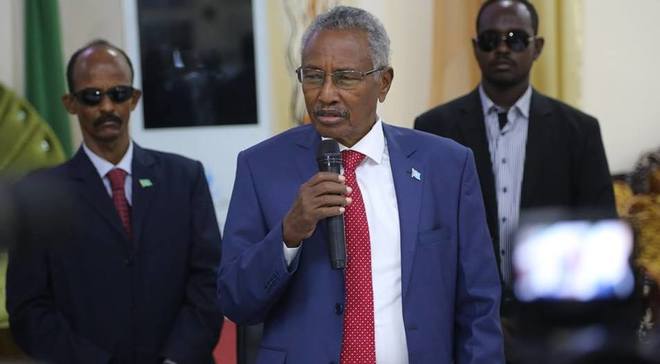 Officials from Banadir administration along with parliamentarians from both Lower and Upper Houses of Somalia’s Federal Parliament have attended the event yesterday.

During the event, the Mayor of Mogadishu, Yusuf Husain Jimacle, has addressed the crowd and expressed contentment towards Farole’s presidential campaign and noted that Somalia is in critical time and in dire need of a leader who can tackle troubles facing the country.

On his side, Farole stated that during his past tenures he has supported efforts to restore unity and governance in the country, and will continue to promote stability and reconciliation between Somali people, and pledged that if he is elected a President, his government will be formed based on fairness, integrity and competence.

“If we established both Houses of Parliament, implemented federalism and about to elect a leader, the new government should focus on reconciliation and implement the multi-party system to ensure transition from clan-based governance,” said Farole.

The event comes amid ongoing political campaign of several other candidates in the capital  Mogadishu ahead of the presidential polling next month.

Yesterday, the Federal Parliament has announced the new date for the presidential ballot on February 8, following series of delays since last year. New lawmakers will pick the new President in secret ballot in Mogadishu.