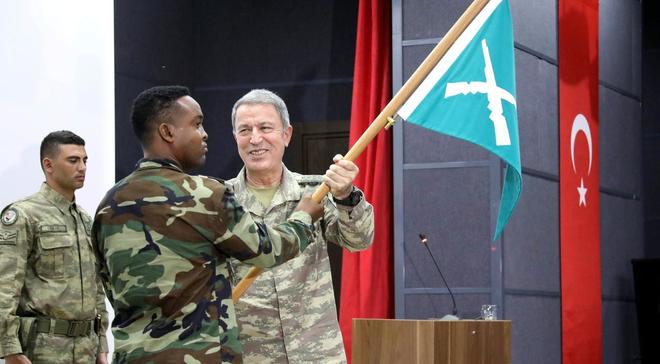 MOGADISHU -- At least four people were killed on Tuesday night and five others injured in a roadside bomb blast along the road linking Mogadishu to Afgoye in the Lower Shabelle region, an official said on Wednesday, Garowe Online reports.

A police officer who declined to be named told Xinhua that a bomb planted along the road exploded as a vehicle carrying Turkish-trained soldiers was passing by.

"The soldiers were coming back from the operation of deactivating mines on the same road when the blast happened. Four people died in the blast and five others got injured," the official said, adding that among the dead were two soldiers.

An eyewitness said the blast was huge. "The incident happened at night and we heard a big blast. People said it was targeted a military car using the road. There were casualties, but we have no further details," Abdi Kadiye, an eyewitness told Xinhua.

The blast came amid intense operations by government forces defusing landmines which the militants planted along the road from Afgooye to Mogadishu.