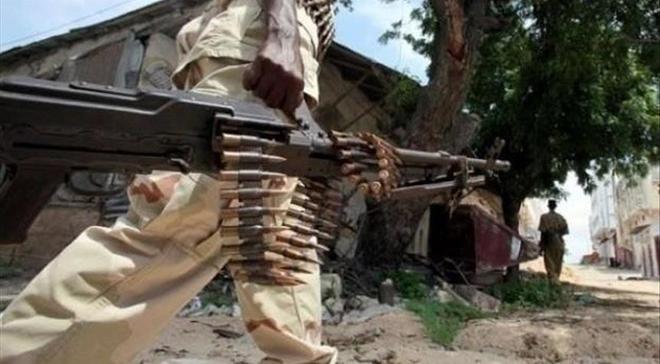 BURHAKABO, Somalia- Five soldiers were reported killed and six others seriously wounded in a bomb attack on a Somali military base in Burhakabo district on Monday, Garowe Online reports.

An eyewitness said the incident happened when a remote-controlled landmine detonated targeting Somali National Army (SNA) stationed in the town, located 200 km from the Somali capital of Mogadishu.

A medical aide at Burhakabo district hospital, told GO over the phone that at least six people were admitted to the hospital “in very serious condition.”

He added the death toll was likely to rise because of the number of seriously injured people by the improvised explosives device (IED) at the SNA outpost.

The Al Qaeda-linked Al shabaab militants, which frequently carry out attacks on government and civilian targets in the country has claimed responsibility for the latest attack.

Local officials are yet to release its own statement concerning the attack.

The militant group was pushed away from large areas in central and southern Somalia, but still poses significant threat as it aiming to topple the western-backed Somali Federal government in Mogadishu.