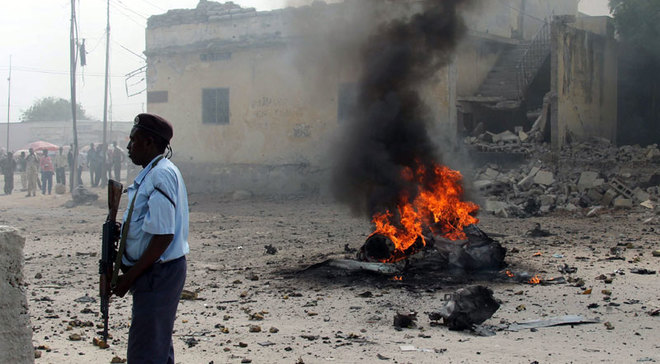 MOGADISHU, Somalia- A loud explosion was heard in the Somali capital of Mogadishu on Wednesday, followed by intense gunfire, Garowe Online reports.

Eyewitnesses said a car loaded with explosives went off at busy tea-shop near the headquarters of the Ministry of Youth and Sports in Mogadishu.

Police said at least 8 people, most of them civilians were lying on the ground and a cloud of smoke was seen above the site of the blast caused by the car bomb.

In a Twitter post, the new Information Minister of Somalia Abdirahman Omar Osman Yarisow said the car bomb targeted a Cafeteria spot outside the ministry of Youth and Sports in Mogadishu and there were scores of casualties.

No group has yet claimed responsibility for the car bomb attack.