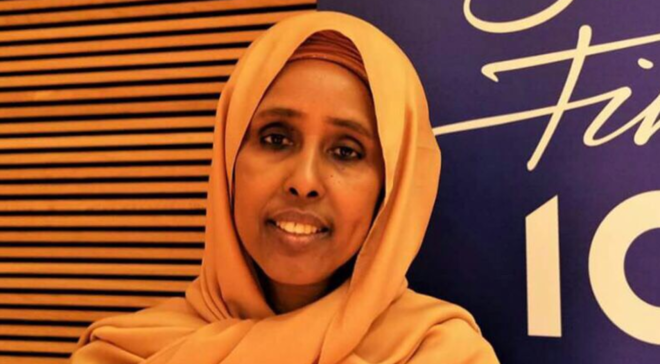 MOGADISHU, Somalia – The Somali government on Saturday, May 25 urged all foreign organizations that operate from Kenyan capital Nairobi to relocate from Kenya to the country, Garowe Online reports.

“The Ministry highly encourages all scheduled events to be held inside Somalia or move to alternative countries for the case of travel to ministry representatives,” read the statement in part.

The decision came after Somalia government delegation, including senior officials, have been blocked at JKIA and denied entry into Kenya last week as a diplomatic standoff between the two countries gets messier.

Deputy Minister of Water and Energy Osman Libah and legislators Ilyas Ali Hassan and Zamzam Dahir were blocked and spent their night at JKIA until sent back to Mogadishu in the following morning.

It is believed the maritime dispute between Kenya and Somalia is the cause of the developments.

Early this month, Kenya has ordered all flights originating Somalia to pass through Wajir for security checks. This has led Somali president Mohamed Abdullahi Farmajo to avoid Nairobi transit last Friday in his trip to South Africa.

Almost all foreign aid agencies that provide relief aid to the Somali populations are based in neighboring Kenya where they have their offices because of the security situation in Somalia' capital Mogadishu.

Most foreign relief agencies left Somalia after both local and international staff became the target for local militia gangs who killed, wounded and kidnapped dozens in south and center of Somalia.

In 2011, the Al-Qaeda-linked Al-Shabab group banned the operation of several foreign aid agencies including the UN's World Food Program (WFP) in areas under their control in south and center of war-torn Somalia.