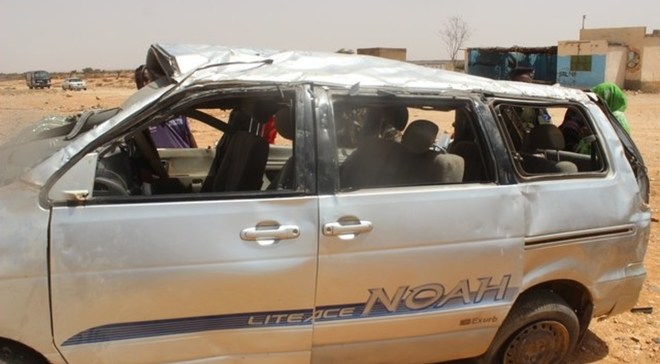 The accident took place when a car ferrying five passengers veered off the road and overturned at Qalimow village, about 3 Kilometers away from Bal'ad district.

Middle Shabelle officials who arrived at the crash scene, said the vehicle has left Bal'ad and was en route to Mahaday town, saying the accident was one of the worst fatal incidents they witnessed in the region.

“We saw dead man and two women lying on the ground while severely wounded two others were screaming and were immediately rushed to a hospital in Bal'ad for treatment” officials said. The driver was among those who lost their lives in the tragedy.

Medical officials at Bal'ad hospital said that Saturday's accident was the deadliest to be reported from the region in recent months.

Most drivers in the country have little experience in driving, whilst roads linking between regions in the country were not maintained since the collapse of former military regime led by Mohamed Siad Barre in 1991.