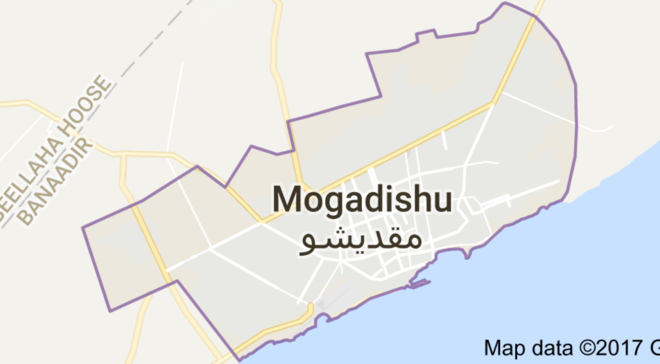 MOGADISHU, Somalia  A powerful car bomb explosion has rocked Mogadishu on Monday evening at around 7:00 p.m., the second such an attack in Somalia's seaside capital in two days, Garowe Online reports.

An eyewitness has confirmed to GO that the blast resulted from an improvised explosive device (IED) attached to a car belonging to ex warlord and current Intelligence serviceman identified as Abdi Unug.

Unug who is said to be an officer working with Somalia's Intelligence and Security Agency (NISA) and two civilians- a woman and her child were reported to have been injured in the blast and taken to the hospital.

In the aftermath of the incident, security forces have immediately cordoned off the scene following the incident, as an ambulance transported the wounded to a nearby hospital to receive medical treatment.

The officer's vehicle went off at Horseed neighborhood in Mogadishu's Waberi district, as he was driving to his residence in the area, according to the witness, who asked not to be named, told GO over the phone.

No group has yet claimed responsibility for the explosion, which comes a day after a deadly car bomb hit Makka Al-Mukarama, a busy road in the heart of Mogadishu, killing at least 6, and injuring over a dozen.

Somali capital witnessing an increase of attacks in the past few weeks, due to the slow in Mogadishu stabilization mission  launched during last Ramadan, to stabilize the city and avert al-Shabaab attacks.