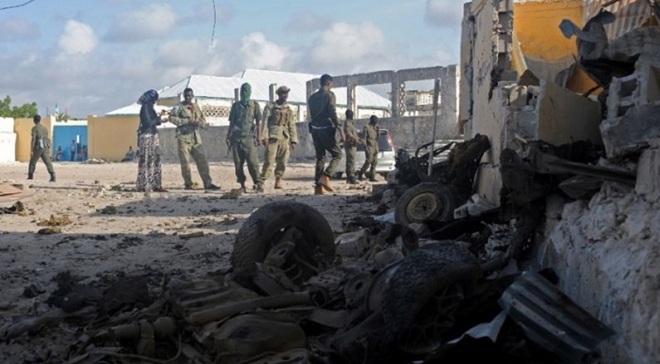 MOGADISHU, Somalia- A car bomb explosion has ripped through a busy restaurant in the Somali capital Mogadishu on Monday afternoon, killing at least five people, and wounding more than ten others, Garowe Online reports.

A vehicle laden with explosives exploded near Coffee Italia restaurant located along Makka Al-Mukarama street in Mogadishu, and opposite to the heavily guarded Immigration headquarters.

The place is frequented by local business people, lawmakers and journalists. Most of the casualties were reported to be civilians who were nearby at time of the car bomb explosion.

A thick white plume of smoke was visible in the air as ambulances rushed to the scene and carried away the wounded to nearby hospitals for treatment, according to GO's correspondent in Mogadishu.

The death toll is likely to rise because of the number of seriously injured in the deadly restaurant bombing, which was the latest in series of explosions in the capital over the past few months.