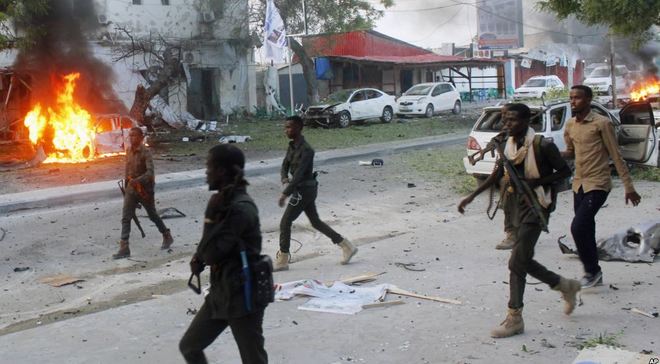 MOGADISHU, Somalia - A car bomb ripped through downtown Mogadishu, sending plumes of smoke over the city in the latest attack to target the war-recovering capital on Thursday, Garowe Online reports.

The blast, resulted from an explosives-filled vehicle Dabka junction near the parliament building, along the busy Maka Al-Mukarama road, frequented by government officials and the city's elite.

The explosion shattered months of relative calm in Mogadishu, often a target of the extremist group al-Shabaab.

The exact target of the blast remained unclear. The blast occurred amid a traffic jam while soldiers were searching cars at a nearby intersection.

The al-Qaeda-linked al-Shabaab often carries out deadly bombings in Mogadishu against high-profile targets such as hotels and checkpoints.