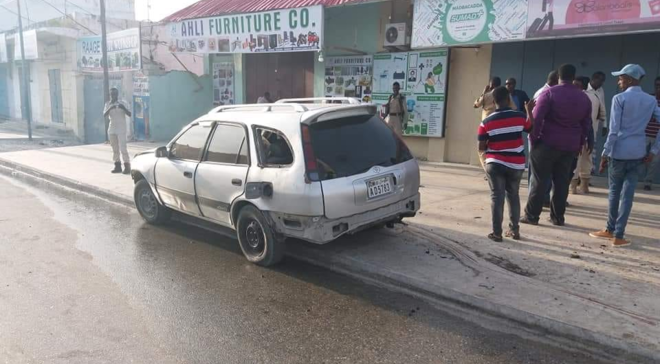 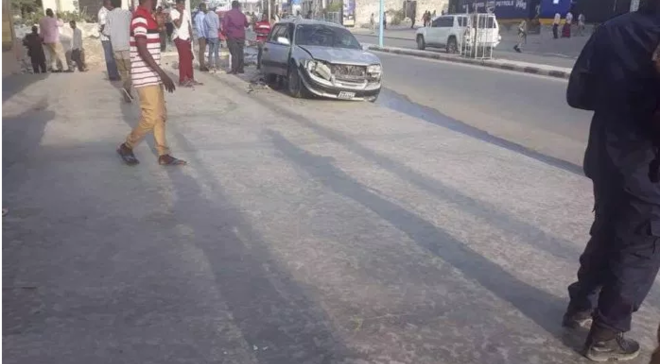 MOGADISHU, Somalia - At least ONE person was killed and two others were wounded in an apparently co-ordinated car bomb blast in Mogadishu, the Somali capital on Sunday afternoon, Garowe Online reports.

A police officer said an official working for the country's Ministry of Post, Telecommunications and Technology died when an explosive device fitted into his vehicle went off outside the parliament building in the vicinity of the presidential palace.

The policeman, who requested anonymity told Garowe Online that the car bomb left two passer-by civilians injured, who have been immediately taken to a nearby hospital by the city's ambulances.

The explosion could be heard several kilometers (miles) away and a thick column of white smoke was seen rising from the scene of the blast at Sayidka junction, according to an eyewitness.

"The charred and mangled wreckage of the car remained in the street hours after the blast as plumes of thick smoke spiraled into the air," said the witness, who asked not to be named, fearing his safety.

The huge blast damaged several nearby shops and many outdoor stalls, located along with the busy Makka Al-Mukarrama street, near the main police checkpoint in front of the security ministry HQ.

No group so far has claimed responsibility for the attack, but Al-Shabaab, in most cases, has been responsible for such attacks, targeting government buildings and high-profile hotels in the capital.

Last July, at least 15 people, including government employees were killed, dozens wounded in car bombings and gun attack on Otto-Ocompoundound in the same area, which houses the Ministries of Interior and Security.

The Horn of Africa nation continues to struggle to counter the Islamic extremist groups, including a pro-ISIL faction established in 2015 in the northeastern Puntland State by former senior Al-Shabaab preacher, Abdulkadir Mumin.

Concerns have been high over plans to hand over the country's security responsibility to Somalia's own forces as a 22,000-strong African Union [AU] force begins a withdrawal that is expected to be complete in 2020.

The U.S. military has stepped up efforts against al-Shabab and the pro-Islamic State militants since Trump came into power in early 2017 in the past year, carrying dozens of drone strikes that killed many extremists.