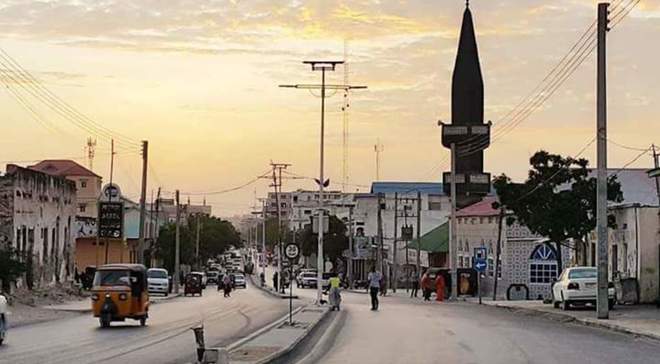 MOGADISHU, Somalia- At least 11 people were killed, and dozens wounded in a massive car bomb explosion at a popular restaurant in Somali capital Mogadishu on Wednesday night, Garowe Online reports.

An eyewitness said a bomber rammed his vehicle loaded with explosives at the entrance of Posh restaurant and a Hotel near Benadir junction, then 4 gunmen were reported to have stormed the building.

"Al Shabaab militants rammed a car bomb into the gate of the hotel before storming inside," he said.

The Police officials said the gunmen believed to be al-Shabaab fighters began firing into stunned civilians who were sitting down for Iftar, breaking the fast at sunset during the holy month of Ramadan.

Somalia's special forces cordoned off the scene around the hotel compound, and engaged in a fierce gunfire with the militants holed up in the building, to end the hostage situation and rescue the people.

The al-Qaida-linked al-Shabaab group has claimed the responsibility for the deadly hotel raid, saying its fighters have targeted a night club, Posh treats restaurant, which is frequented by government officials.

Local ambulances have rushed to the scene and carried away the wounded to hospitals in Mogadishu. The death toll was likely to rise because of the number of seriously injured.

This is the first major attack by al-Shabaab in the capital since the start of Ramadan.