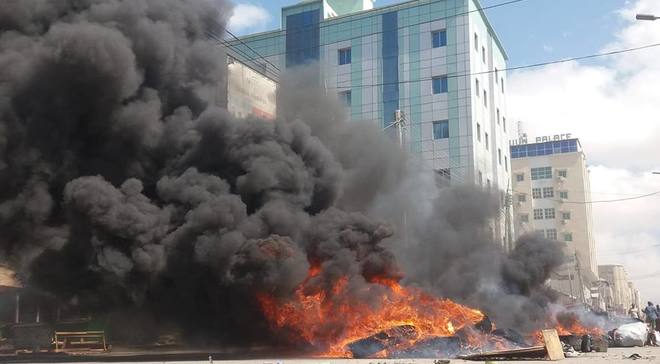 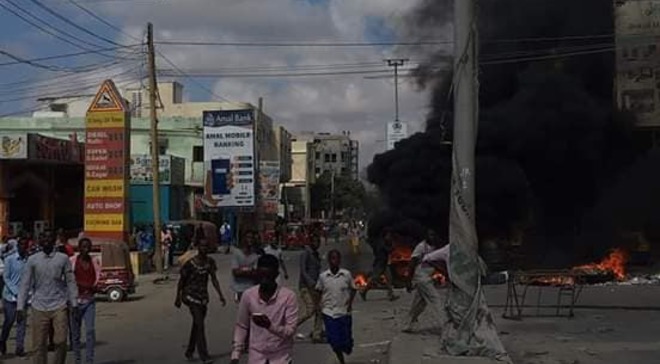 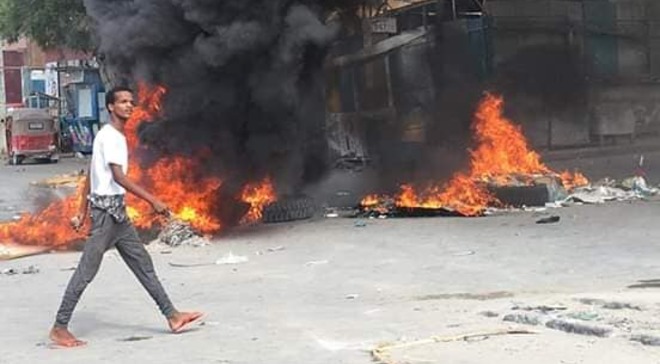 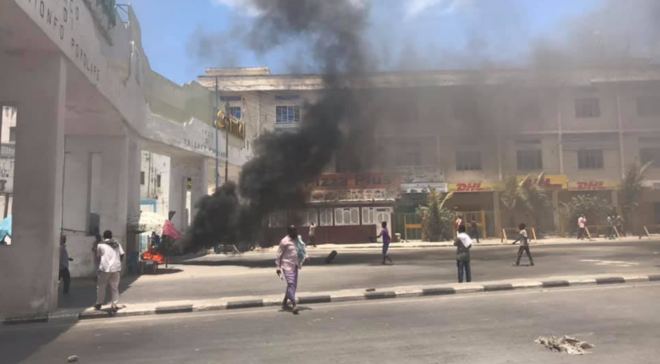 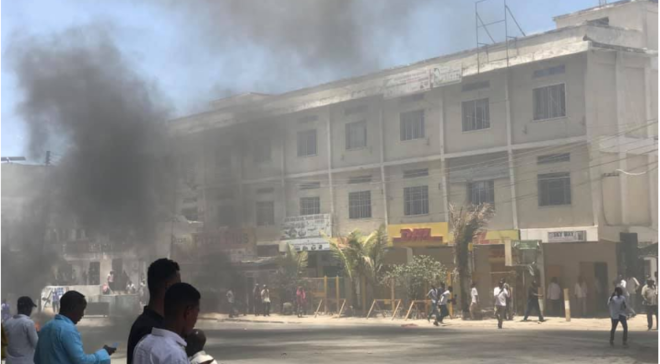 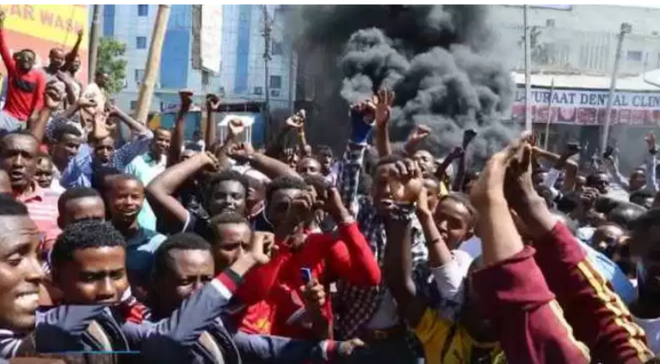 MOGADISHU, Somalia - A deadly rally has erupted in Mogadishu, the Somali capital as thousands of angry demonstrators protested the murder of an auto-rickshaw driver, Garowe Online reports.

Saturday's violent protest began after a Somali police soldier shot dead a Bajaj driver and his passenger in the busy Howlwadag junction early in the morning, the latest in a series of such killing the capital.

The demonstration has paralyzed businesses along the main Makka Al-Mukarama road and Bakaro market activities in the seaside city the capital city as the protesters marched through the streets.

A witness said at least four protesters, including university students, were shot dead by the Somali security forces in Mogadishu within the space of four hours during the large anti-government rally.

Police confirmed that riots on Saturday had resulted in the shooting of the Bajaj driver.

A dozen people are reported to have been injured. Footage shared in the social media showed thousands of youths changing anti-government slogans and calling justice for the slain Bajaj drivers.

The protest broke out as the lawmakers of Somali parliament debated the worsening security situation which dominated in its agenda during a session on Saturday morning.