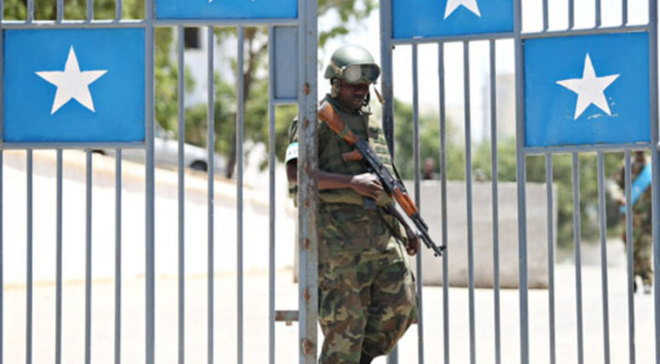 MOGADISHU, Somalia- The deputy commander of presidential guards Col. Abdi Abdulle Goorgaab was killed at the gate of Villa Somalia in the Somali capital of Mogadishu on Saturday, Garowe Online reports.

According to sources, a government soldier has shot dead the commander and fled the scene immediately. The late official was reported a close official to the caretaker President Hasan Shaikh Mahmoud and was recently promoted, added the source.

The reason behind the killing is unknown as Police authority are conducting investigations into the incident.

However, Somali government official have not commented on the killing of the official, whereas authority is searching for the suspect.

No group has claimed responsibility for the killing of the deputy commander.

This comes amid surge in terrorist attacks by Al Shabaab group against security forces and government officials in Mogadishu.