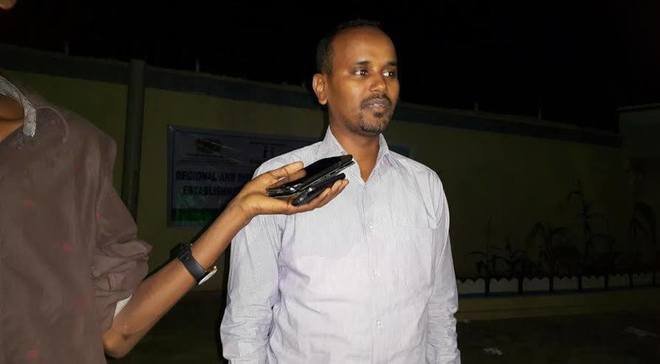 Confirming the incident, the district commissioner said his vehicle came under a remote-controlled bomb as he was driving towards Baidoa town from Deynunay district in Bay region on Friday afternoon.

Al Shabaab has claimed responsibility for the attack, saying the vehicle that was carrying Baidoa district administrator has been partially damaged by the blast and killed at least five security guards.

"I was targeted in a blast near Awdinle area as I left Deynunay and heading to Baidoa town. I have escaped the attack unharmed, but three security guards were wounded," Watin said.

Al Qaida linked Al Shabaab militants often carry out ambush attacks against government officials and security forces in central and southern Somalia, after the group has been pushed out from key major towns.

The group vowed to disrupt the ongoing Somali election and overthrow the western-backed weak Somali Federal government in Mogadishu city.