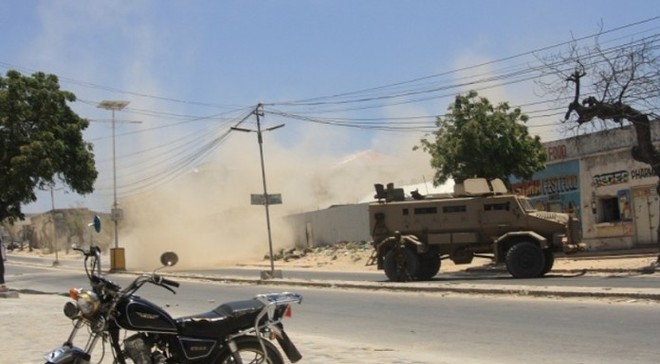 A roadside bomb was detonated when AMISOM convoy were moving along the Industrial road in the capital, on Friday morning, according to an eyewitness.

The blast destroyed an armored vehicle belonging to AMISOM troops, but no causalities were reported among AMISOM troops in the explosion.

Following the attack, AMISOM troops have opened fire at nearby areas before retreating from the area with the damaged armored vehicle, according to an eyewitness.

Al Qaida linked Al Shabaab militants group has claimed responsibility of the attack but hasn’t state the causalities of the attack.

The blast is the latest in series of attacks by Al Shabaab group against AMISOM forces and Somali troops in Somalia. The group is aiming to overthrow UN-backed Somali government to impose its strict form of laws in Somalia.