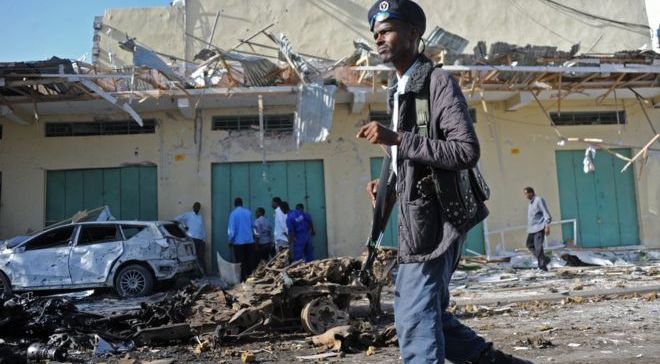 MOGADISHU, Somalia- At least 3 people have been killed in a bomb blast in the Somali capital of Mogadishu on Tuesday, Garowe Online reports.

Senior Police official, Capt. Mohamed Husain has confirmed the reports and said that a landmine explosive has blasted an area close to the livestock market located in Kaaran district in the capital of Mogadishu.

“The explosive was planted nearby restaurant frequented by Somali government forces and city’s taxmen, the blast killed 3 people and injured civilian bystanders,” added the Police official.

Al Shabab militants group is attempting to topple the western backed Somalia's government and in the past few weeks it have intensified its attacks against government officials, security forces and AMISOM troops as well at their camp.