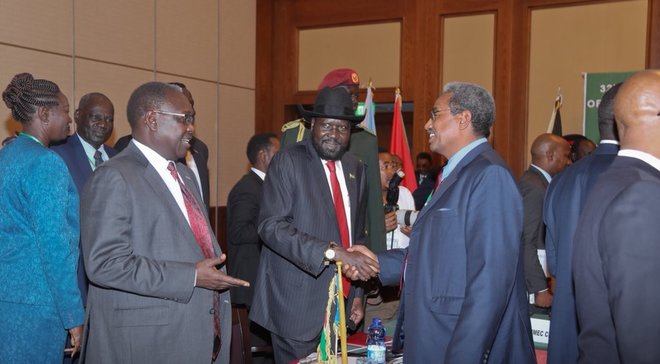 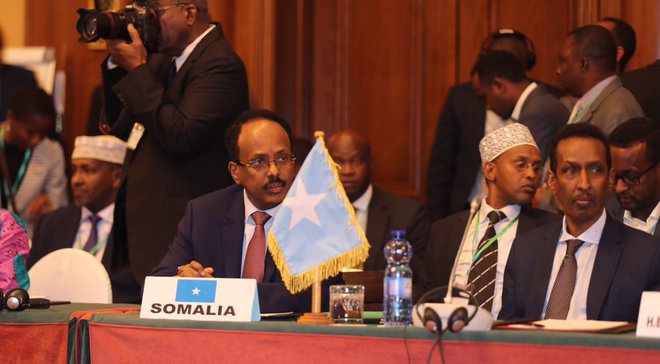 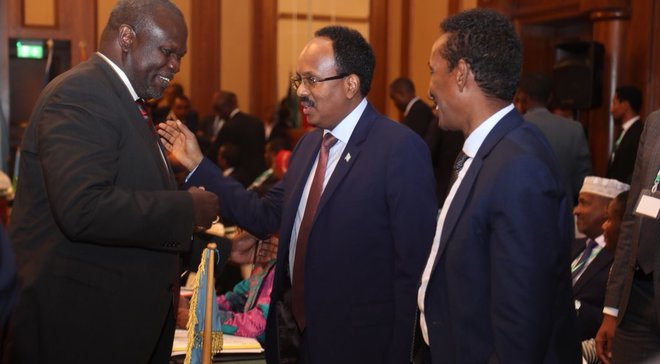 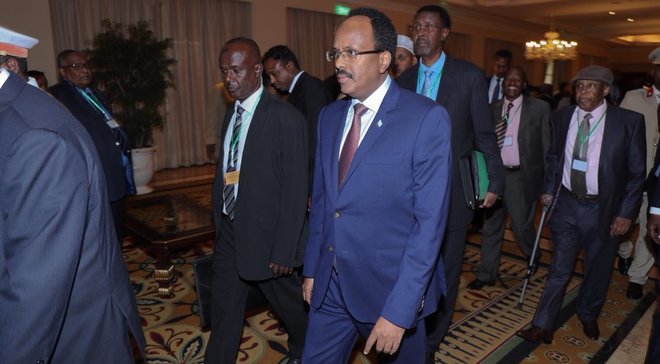 President Farmajo joined IGAD leaders attending the summit on the civil war in South Sudan, Africa’s newest country which broke out in 2013, just two years after the oil-rich region seceded from Sudan.

Farmajo has held separate meetings with the heads of IGAD member states in Addis Ababa on the sidelines of the meeting on the situation in South Sudan, according to sources.

Prior to his Addis Ababa trip, Farmajo received Ethiopian Prime Minister, Abiy Ahmed at the State House in the capital, Mogadishu, June 16 on his first official visit to Somalia since taking the oath of office last April.

The two leaders reached a MoU which allows Ethiopia, the landlocked nation to invest in four key seaports in Somalia, and the construction of the main road that linking the two neighboring countries.

The MoU drew a sharp condemnation as many Somalis took to the social media, blaming the president for handing over the country’s main ports to Ethiopia following Abiy Ahmed's visit to Mogadishu last Saturday.

The public outrage has forced Somali PM, Hassan Ali Khaire to deny the MoU as "baseless" while Farmajo has acknowledged.

Speaking to Somali diaspora in Oslo, Khaire said the President did not sign an official trade agreement with Ethiopia, saying the claims were made by the government critics.