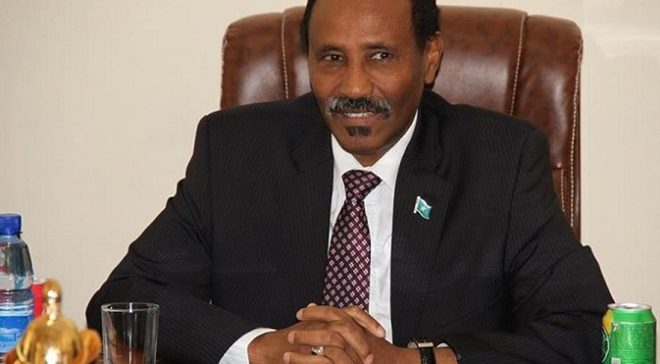 MOGADISHU, Somalia- The Somali Federal government has announced the withdrawal from all agreements and contracts with 17 private companies, Garowe Online reports.

In a statement released by the Minister of Finance, Abdirahman Duale Beyle, the decision to nullify all agreements was scheduled to take place from 31 July.

Minister Beyle indicated that the office of Land Tax Revenue will be responsible from onward to collect taxes and service fees, which those companies use to do on behalf of the Federal government.

However, the reason behind the sudden withdrawal from all agreements was not revealed by the Minister in the statement, but he noted it came in line with Federal Cabinet Ministers’ decision in last June.

This is not the first time a new Federal government has nullified agreements with private companies that made deals with past governments. New Somali government officials are frequently accused of cancelling contracts of local companies to put in place other companies believed to be connected to them.

However, the move is expected not to effect Turkish companies managing Mogadishu’s Aden Adde International Airport and sea Port, which considered the largest revenue sources for the Federal government based in the capital.