Somalia: Fissures emerge within Al Shabaab for merger with ISIL 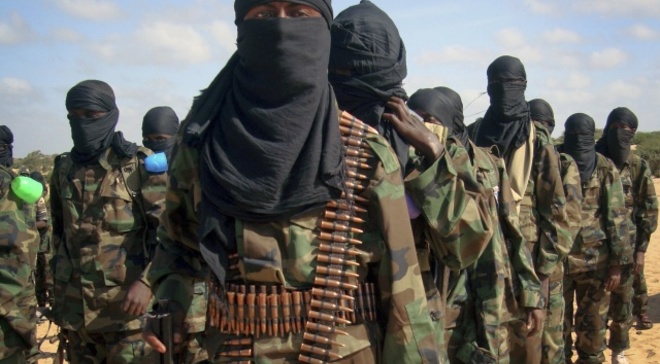 Today, militants are as fragmented as ever, and bitter dissension is gaining momentum in influential ranks and supporters. On Wednesday, VOA Somali Service reported that leaders ideologically aligned with crumbing Al Qaeda network ordered the arrest of 30 people suspected to be leaning towards the Islamic State of Iraq and the Levant (ISIL).

In the town of Jilib, 97km north of the southern port city of Kismayo, the situation has been tense since July, with Deputy Chief, Mahad Karate pressuring Al Shabaab leader, Abu Ubaidah to agree to allegiance to Abu Bakr al-Baghdadi.

Since Tuesday, there has been a heated bickering, though Al Shabaab clerics undergo proofreading for Friday sermons for fears of growing support for ISIL loyalty.

Just two weeks ago, Al Shabaab detained five foreigners in nearby Jamame in Lower Jubba region of southern Somalia on suspicion of being ISIL sympathizers.

Secret seems little after ISIL leader invited Abu Ubaidah to the group in March this year. Abu Ubaidah became serious about cutting off ties with Ayman al-Zawahiri in July; however the now-potential merger was at the time faced with mysterious hurdles.

Leaflets carrying: “We support the Islamic State’ and ‘we are the sons of the caliphate,’ were sighted in Jamame earlier this week, prompting pro-Al Qaeda factions to make surprise roundups.

Boko Haram is spearheading calls for beleaguered Somali militants to swear loyalty to al-Baghdadi in its latest message.

Nigerian terror group has advised Al Shabaab to consider the benefit of uniting under a single caliph.

Somali government forces aided by African Union peacekeepers have made advances on the frontline, hemming militants deeper into remote areas in central and southern Somalia.