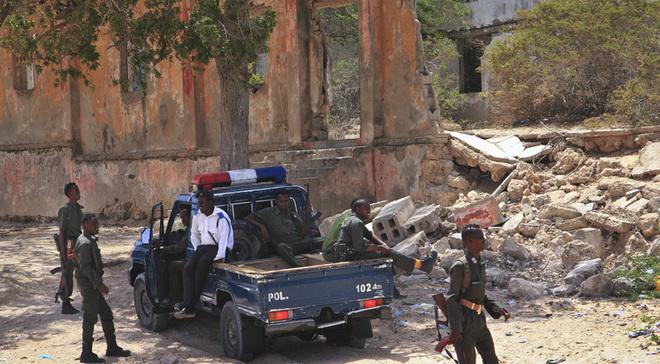 MOGADISHU, Somalia- At least five civilians have been killed and seven others injured after mortar shells landed at residential area in Somalia's capital Mogadishu on Tuesday, Garowe Online reports.

A mortar shell slammed into primary school "Hassan Qaridid" in the Shanta-Geed suburb in Howlwadag district, killing four students and a teacher, according to witness who spoke to GO over the phone.

Ambulance arrived the scene, and ferried the wounded to hospitals in the capital for treatment, said Capt Omar Abdullah Ja'afar, a Police officer, who has confirmed the incident.

"It's a terrorist attack on educational institutions and on students," said Ja'afar, adding that several other mortar rounds have landed on homes in Wardhigley district, in the vicinity of Presidential Palace.