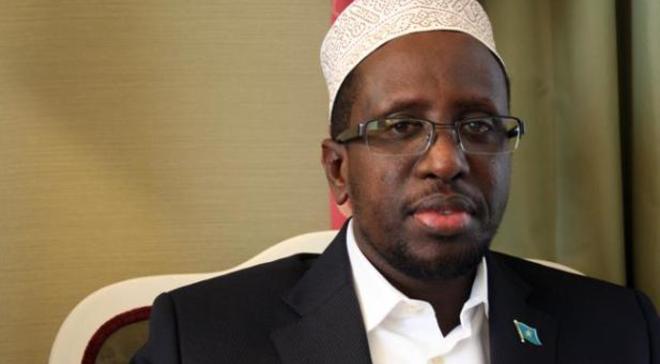 Ahmed urged both Puntland and Somaliland leaders to seek peaceful means to bring an end to the escalating tension in the disputed town and save the fasting innocent Somalis enduring the conflict.

"We are in the Holy month of Ramadan, It's unfortunate to shed the blood of fasting Muslims. I call on both sides to immediately stop the battle unconditionally and come to negotiating table," he added.

Somalia's international partners and President Farmajo expressed concern about the conflict between the two states in Tukaraq called for an immediate cease-fire and end their difference through dialogue.

The partners said in a joint statement released on Thursday that the violence was taking place amid an already-difficult humanitarian situation, noting that the clashes only add to the suffering of the people in the area.

Tension has been simmering in Tukaraq in the past three months after Somaliland troops seized control of the strategic town in January following an incursion against Puntland Defense forces stationed there.

Last Thursday, a heavy fighting broke out between the rival forces, with the use of heavy weaponry which caused the deaths and injuries of an unspecified number of soldiered from both sides.

The leaders of both sides blamed the other for starting the fighting.

The northern breakaway region of Somaliland and Puntland have been at war since 2002 over a long-running border dispute, particularly the northern regions of Sool and Sanaag that separate them.

Somaliland, a former British protectorate, declared unilateral independence from Somalia in 1991 but has not been recognized as a sovereign state by the international community.