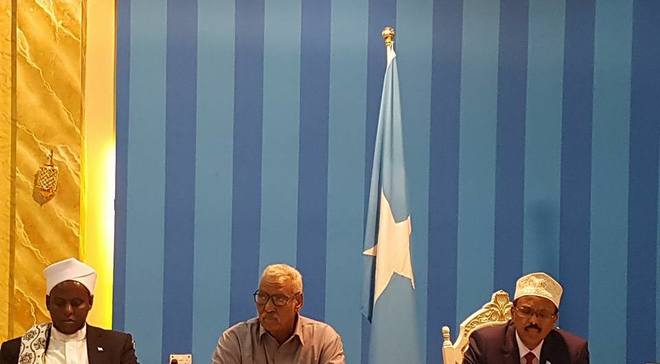 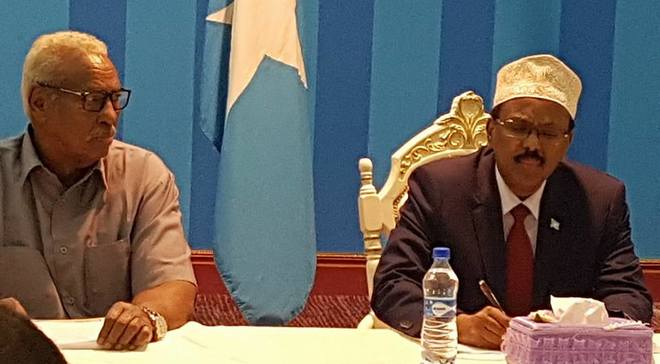 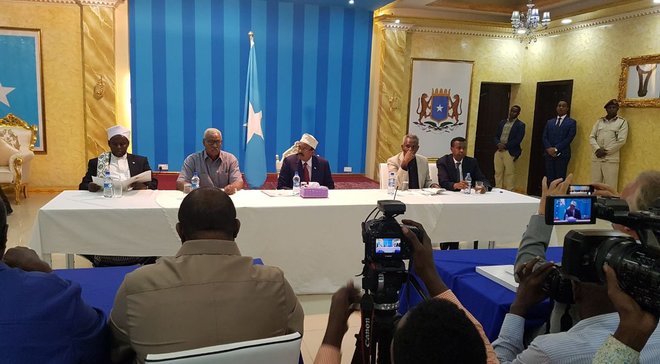 MOGADISHU, Somalia - The leaders of Galmudug state and Ahlu Sunna Waljama'a (ASWJ) have ended of political deadlock by signing a power-sharing agreement in Mogadishu on Wednesday, Garowe Online reports.

The new deal that paves the way for the installation of a new post as the leader of ASWJ Sheikh Mohamed Shakir becomes Chief of Ministers. Also, the group gets Chief Justice of the region's high court, among other positions.

The two leaders inked the 14-point agreement during a ceremony at Villa Somalia that was hosted by Somali President, Mohamed Abdullahi Farmajo, and attended by cabinet members, and other high-level government officials.

After years of defiant, the armed Moderate Islamist group has officially recognized Galmudug as the legitimate regional administration in central Somalia in accordance with the new pact and will hand-over its strongholds, including Dhusamareb, the administrative capital of Galmudug.

Galmudug and ASWJ reached the historic agreement following IGAD-brokered talks held in Nairobi and Djibouti. This came after current and previous Somali Federal governments failed to mediate the two sides and bring an end to their conflict.