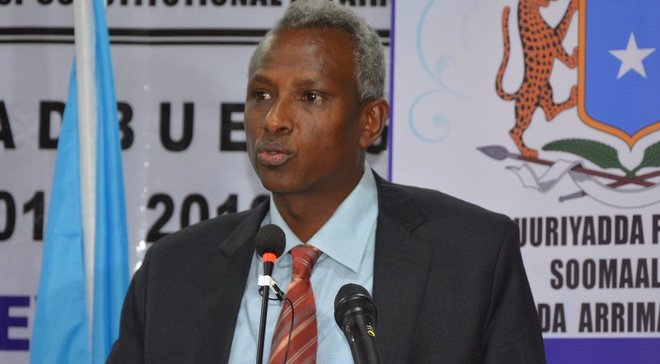 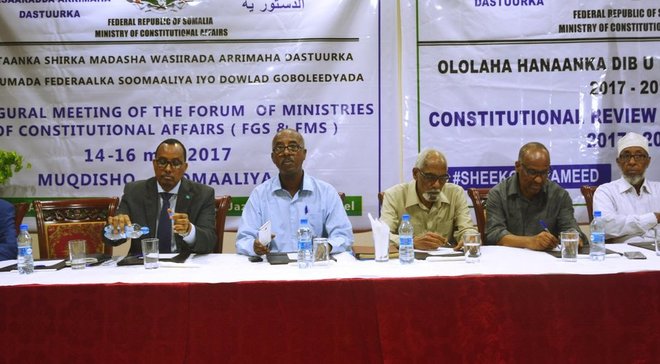 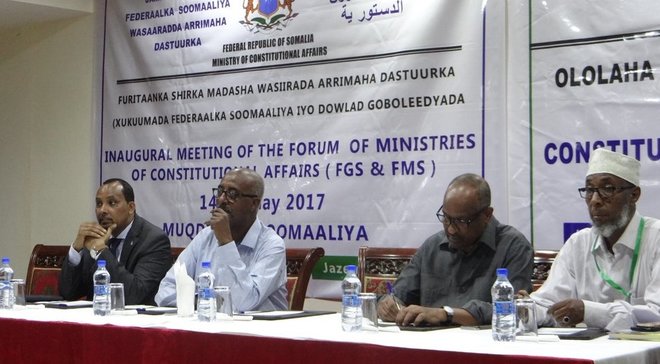 MOGADISHU, Somalia- The Ministry of Constitutional Affairs of the Federal government of Somalia has launched Forum meeting to review the country's provisional constitution in Mogadishu on Sunday, Garowe Online reports.

According to the Minister of Constitution Abdirahman Hosh Jibril, the meeting aims to gather positions of the regional states in regard to the constitutional review process.

In his opening speech, Minister Jibirl said; "The constitution shall be the eyes of the public and guards the welfare of the society, so we should work together on it."

Minister Juha said he will collaborate with Minister Jibril to successfully complete the review process of Somalia's provisional constitution. "I welcome an open discussion to review our constitution. My Ministry will openly create partnership with the Ministry of Constitutional Affairs," said Juha.

During the meetings, the Federal government and the regional administrations will focus on different agendas including constitutional amendment procedures, public consultation before implementing public referendum.

This is the first forum of its kind launched to review the provisional constitution of Somalia since the end of Transitional Federal government's mandate in September 2012. The new President Mohamed Abdullahi Mohamed Farmajo has promised that his government will launch the constitutional process during his term.