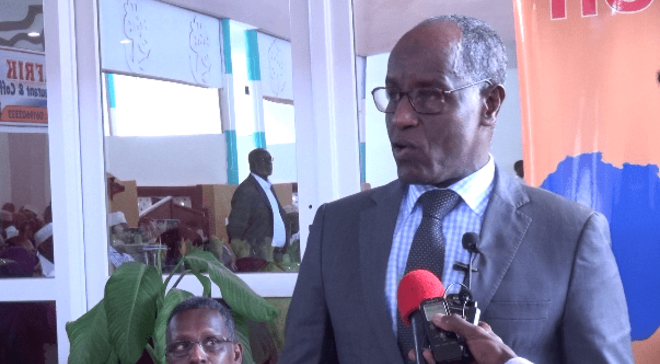 MOGADISHU, Somalia - The Federal Government of Somalia on Sunday rejected a call by its the Federal Member States to seek third-party mediation in talks on the current political crisis, Garowe Online reports.

In a statement, the Ministry of Interior, Federal Affairs and Reconciliation said that President Farmajo's doors for the dialogue with the regional states' leaders are still open and ready to listen to their grievances.

"The previous invitation by the President of the federal republic is still open and the central government is ready to listen to the grievance of the state leaders and resolve it,” read the statement in part.

It further added that the Somali government said it was committed to resolving all outstanding issues with the regions in accordance with the constitution.

Somali Prime Minister, Hassan Ali Khaire, ruled out the idea of any third-party involvement in the talks to fix the impasse, saying time for foreign parties to intervene in the country's domestic affairs is over.

The statement shows that the executive branch is not paying any attention to the role of the Senate, which represents the Federal States in the government in the ongoing political standoff.

The remarks came as the leaders of the regional administrations who set conditions on president's call to come to the negotiating table in Mogadishu are meeting in Garowe, the capital of Puntland for the second day.

They [Federal States] demanded a third party who can take the necessary steps if terms are not respected, must be involved in the talks with the Federal Government of Somalia over the deadlock.

On the other hand, the Interior Ministry called for timely, free and fair elections in the regional states, especially in Puntland and Southwest on 8th January 2019 and November 17 this year respectively.

Leaders of five Somali states [Puntland, Galmudug, Southwest, HirShabelle, and Jubbaland] September 8 resolved to suspend relations with the central government, citing a lack of political and security progress in the Horn of Africa nation.