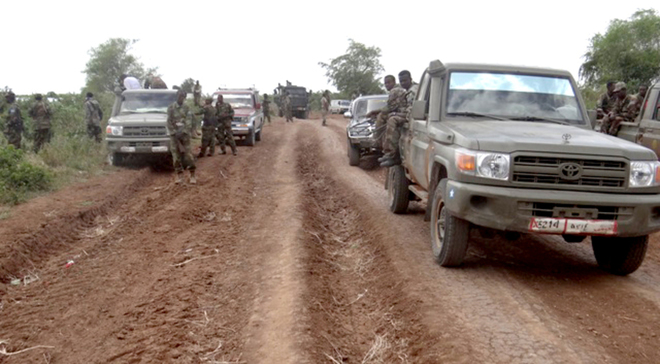 Tuesday's gun battle has flared up after armed militants attacked military bases in Lanta-Buro and No-50 villages, which are under the control of Somali National Army (SNA), according to residents.

Reports said both sides are exchanging heavy and small weaponry that could be heard from remote distances. Locals were reported to have fled some area in the battle zones due the escalating violence. Details of the casualties are yet unknown, as the fighting is ongoing.

African Union forces (AMISOM) were reported to have involved in the combat, and backing Somali soldiers to repulse the al-Shabaab fighters who raided their army camps.

Speaking to local media, the administrator of No-50 Abdullahi Wafow has blamed al-Shabaab insurgents for abducting more than 40 residents, including women and burning villages during in overnight attack.

Somali government did not comment on the fighting, which was the latest in series of attacks by al-Shabaab against AMISOM and government troops in the region, which was beset by inter-clan clashes in the past.